By Jaleta Clegg
Rated 4.00/5 based on 10 reviews
Stranded on a primitive world, betrayed by her crew, facing death at the hands of the natives, hunted by drug smugglers, Captain Dace has one hope of survival - convince the Patrol agent trying to kill her that she's innocent. But on Dadilan, no one is innocent.
Download: epub mobi (Kindle) pdf more Online Reader
rtf lrf pdb txt
Price: Free! USD
Add to Library
Create Widget
Tags: adventure science fiction series scifi
About Jaleta Clegg

I love telling stories ranging from epic space opera to silly horror to anything in between. I've had numerous stories published in anthologies and magazines. Find all the details of my space opera series at http://www.altairanempire.com

For the latest updates on my stories, check out my webpage at http://www.jaletac.com

About the Series: The Fall of the Altairan Empire

A thousand worlds, a trillion people—one woman's destiny will destroy them all.

Also in Series: The Fall of the Altairan Empire 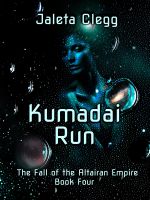 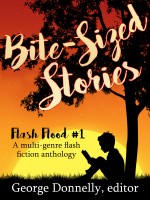 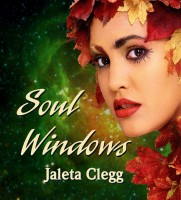 Wow! Non stop adventure with a hint of romance.
A book that grasps your attention from the start and you'll want to read it in one sitting.

When I finished book one, I immediately wanted to read the rest of the series.
All books in the series are individually published via this site, but the 2 omnibus editions (i.e. books 1 to 5 and 6 to 11 that I bought) were unfortunately unavailable here.

I read 6% before giving up on this work. This science fiction work seems to be focused around the star character having a lock pick. Now if you are writing a book with quill and ink well, that might be interesting. But mentioning an lock pick about a dozen (not exaggerating here) time in the opening of a work where your main character is starship pilot, is just wrong.

Really enjoyed the story. Only 4 stars because a few too many of the incidents seemed to just happen by coincidence for my taste. Other than that a really fun read.

I wish the rest of the series was available here in epub format. Not a fan of paper or Kindle; my Kindle app can't tts, but my epub reader can. Great for continuing the story you're reading while in the car.

I am not normally drawn to the sci-fi genre but, having read and loved two of Jaleta Clegg's short stories, I had to read her novel. Dace, the main character in Nexus Point, is completely lovable. She reminds me of a sci-fi version of Janet Evanovich's Stephanie Plum character. She's tough but vulnerable and muddles her way through the disasters she finds herself caught up in.

This book moves at a fast pace and is full of action, a touch of romance, and unexpected humor. The only drawback for me was that the fight/capture/escape sequences became a little repetitious. But that didn't detract from my enjoyment of the story and the characters. I'm looking forward to reading book 2 in this series.

Nexus Point is a very engaging book. Dace’s ship explodes and she ends up stuck on Dadilan, where there are people trying to kill her, no resources, and the Patrol. All she wants ¬is to be off Dadilan. The combination of sci-fi, action, and adventure makes the book fun to read. I’m looking forward to the next book in the series!

(reviewed the day of purchase)
Stacy Juba reviewed on April 12, 2011

I grew up reading Robert A. Heinlein and the Star Wars novels, but somehow over the years I stopped reading science fiction. Nexus Point brought me back to those days and was an exciting read. It was well-written, full of wonderful descriptions and details that project the reader right into the story. Dace was a likeable character caught up in extraordinary circumstances. Fans of science fiction novels should love this book. Jaleta Clegg is a fresh new voice in the science fiction genre.

Her ship crash landed on the feudal planet Dadilan, Captain Dace finds herself at the mercy of corrupt officials, former sabotaging crewmembers, and the Patrol. Not a good place to be. What’s worse is the local officials, some from off planet, are all part of the shara drug trade.

Dace spends much of her time trying to convince a Patrol officer, Tayvis, that she isn’t a smuggler. But it seems everyone is telling a different story, making it difficult for Dace to convince anyone of her innocence. Plus, she and Tayvis get separated many times by capture or battle, making it impossible for him to truly know what Dace is up to.

The author, Jaleta Clegg, knows how to write an old fashioned romp that makes you want to keep reading. Her style is fast and to the point and yet wonderfully descriptive. The world Clegg’s built is believable as are the many characters that live there. Roland, a monk Dace befriends, is a well developed character who you like immediately. And Tayvis…well you’ll just need to get to know Tayvis on your own.

“Nexus Point” is the first in the “The Fall of the Altairan Empire” series. You’ll want to get your hands on it before book two comes out as I predict they will be flying off the shelves.

Captain Dace is doing just what she dreamed of: pilot of her own trading vessel. Then things go wrong. Very very wrong, resulting in her becoming trapped on a primitive human world without a ship, without a way off the rock, and people out to kill her or dispose of her in any fashion they can.

While her first concern is preserving her own skin she also comes to realize that she landed in something big. The conspiracies swirling around the inconsequential world might impact the entire Empire.

I would classify this as a science fiction adventure, with perhaps a dash of space opera. Although it does have elements of romance, the romance is only a subplot.

The setting was interesting and well described. So is the various technology used through-out the story. The touches of humor spread through the story were a welcome relief from all the conflict (including the running joke about the vid star).

The novel is very fast paced. The action and tension goes directly from one situation to the next, making it a hard book to put down. This is definitely not a book you want to start late at night, or it might make you late for work the next day. In my mind this is a very good thing!

The story is filled with interesting characters, some of whom I wished had more time spent on them. The main character of Dace is a fun fully-realized spunky heroine who is proactive in many scenes instead of reactive. I appreciate that in a main character.

While there is violence, I appreciated that it wasn't over the top with huge amounts of blood and gore. The author described just enough to put the reader in the middle of the action without grossing them out. Nicely done.

While there were a few minor things that bothered me like repeated thoughts that I started skipping and Dace getting captured more times than a person ought and still survive.

There were two big story problems that stuck with me after finishing the novel:

There were several elements and characters that were built up during the story that in the end really didn't matter. This was frustrating to me, as it left me with several unanswered questions. I also realized after I ended the book that I didn't know the ultimate fate of several characters that were important through the course of the book. I'm hoping some of this might be cleared up in the sequel, but still felt it should have been dealt with a little more at the end of this novel.

There was a change of allegiance at the end that didn't make sense to me and appeared to come out of nowhere. It bothers me enough that I'm going to go back and re-read part of it to see if I possibly misunderstood a portion.

In the end I enjoyed the character of Dace and look forward to following more adventures when the sequel is released (possibly in 2011). Hopefully this will also include a continuance of a nice romance. I'm also curious if we'll see more of Dadilan.

If you are looking for a fun science fiction adventure, give this book a try. It was an enjoyable ride, and hope it is one the author can repeat in her next book.

Captain Dace has a mishap in the first chapter and it's a rocky road to find her way back to more familiar surroundings the rest of the book, with hunger, physical mistreatment, accusations of treachery, tenuous alliances, and a pluck at the heartstrings in the process. The emphasis is on action here, with a bit of a nod to old English legend too.

I'm hoping in future installments of the series we'll find out more about what makes Dace tick, as well as the layout of the star-spanning civilization that she came from and is working to get back into.

'Nexus Point' from Jaleta Clegg is an inventive romp, worthy of many follow up tales; all on the strength of the marvelous Capt. Dace. In my youth, I would carry a lingering crush on such a character - hoping someday to see her in person.

Dace is not an accidental success: she is an accident - waiting to happen! What a joy to follow her as she bumbles and mumbles in this little drama/opera. Ms. Clegg must have howled with glee at her inventive predicaments. The buckles swash! The blasters blast! And the horses run away in fright, until you whistle for them. Dace would have been the constant captive when we played cowboys and indians as children.

There is much in this story to love unashamedly. There are many familiar elements in the plot, beautifully realized. There are broad strokes of mayhem, the conclusion sizzles. There are enough human moments that you wish you could point out the correct direction to run. Dace needs to know when to hush, at a few predicaments, and you can't help but try and shush her.

In short, 'Nexus Point' is a true gem in the genre of space fantasy. Yes, Dace is in space, for just a bit, and yes....she messes that up!

Ms. Clegg has my attention now, and a promise to follow where she is going.

You have subscribed to alerts for Jaleta Clegg.

You have been added to Jaleta Clegg's favorite list.

You can also sign-up to receive email notifications whenever Jaleta Clegg releases a new book.