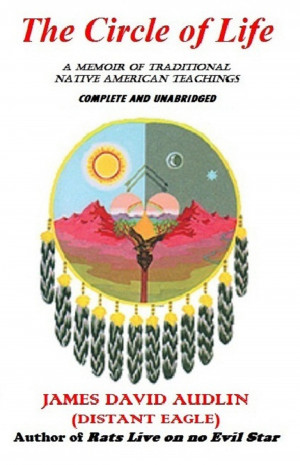 The Circle of Life

By James David Audlin
In a manner accessible to the general reader, this treasury of traditional Native American sacred teachings offers the results of a lifetime of study of oral traditions involving spirituality, ceremonies, visions, healings, everyday life, and the warrior’s way. More
This ebook is the COMPLETE EDITION, three times the length of the physically published version!

"The Circle of Life" presents, in written form, traditional oral Native American sacred teachings from the Iroquois, Lakota, and other traditions. The author, James David Audlin (Distant Eagle), has been receiving these teachings orally from elders since he was a youth. The wisdom includes Native American views on cosmology, ethics, epistemology, metaphysics, sociology, psychology, healing, dream interpretation, and vision quests.

Audlin is not a spiritual teacher nor does he even consider himself an authority — he sees himself as a conduit through which the oral traditions handed down to him by elders from various tribes can be presented in a meaningful manner to peoples in today’s modern world. He outlines universal principles common to all the Native peoples of “Turtle Island” – and, in fact, to many traditional peoples the world over. We are all a part of the Sacred Hoop, he explains, and the traditional ways of the Native Americans differ only in relatively less essential outer characteristics from the traditional ways of other peoples.

The Red Road is available to everyone —regardless of religion or ethnicity — who is willing to follow its paths. These paths, however, are often not easy and require deep personal and spiritual commitment. “The Circle of Life” can be used as a guide on this journey. As Audlin says in his introduction, “If this book serves any purpose, let it be to help us bring the Sacred Hoop of All the Nations back together again, so we and all that lives may stand as one in silent awe before that Great Mystery.

James David Audlin is an American author living in Panama, after previously living in France.

A retired pastor, college professor, and newspaper opinion page editor, he is best known as the author of "The Circle of Life".

He has written about a dozen novels, several full-length plays, several books of stories, a book of essays, a book of poetry, and a book about his adventures in Panama.

Fluent in several languages, he has translated his novel "Rats Live on no Evil Star" into French ("Palindrome") and Spanish ("Palíndromo").

He also is a professional musician who composes, sings, and plays several instruments, though not usually at the same time.

He is married to a Panamanian lady who doesn't read English and so is blissfully ignorant about his weirdly strange books. However his adult daughter and son, who live in Vermont, USA, are aware, and are wary, when a new book comes out. 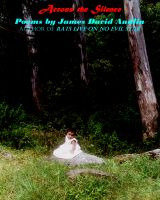 Reviews of The Circle of Life by James David Audlin

You have subscribed to alerts for James David Audlin.

You have been added to James David Audlin's favorite list.

You can also sign-up to receive email notifications whenever James David Audlin releases a new book.