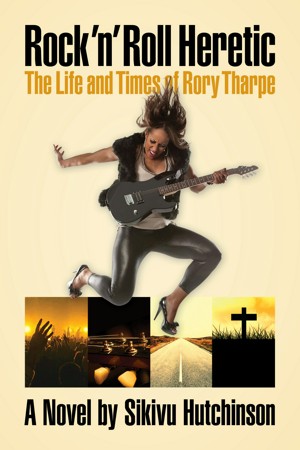 A homage to pioneering guitarist Rosetta Tharpe, Rock ‘n’ Roll Heretic is a bracing look at the power politics, heartbreak, and hypocrisy confronting a queer Black woman visionary at the intersection of music and commerce, faith and heresy, in a segregated music industry that eats its Black artists.
Available ebook formats: epub
Price: $4.99 USD
Buy Add to Library Give as a Gift
How gifting works
Create Widget
Tags: black women rock music lgbtqi
About Sikivu Hutchinson

Reviews of Rock 'n' Roll Heretic: The Life and Times of Rory Tharpe by Sikivu Hutchinson

You have subscribed to alerts for Sikivu Hutchinson.

You have been added to Sikivu Hutchinson's favorite list.

You can also sign-up to receive email notifications whenever Sikivu Hutchinson releases a new book.