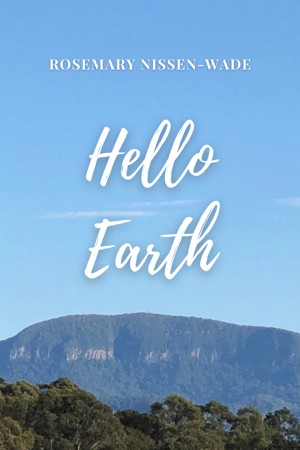 She founded, and for seven years facilitated the very successful WordsFlow writers' group at Pottsville Beach Neighbourhood Centre in far northern NSW, before handing it over to other facilitators who continued it a further three years. In its ten years of operation, a number of members had books published and two began and completed degrees in Professional Writing. More recently she responded to requests for a new writers' group, also at PBNC, for women writers, as part of Pottsville Beach Village of Women (VOW). VOW Writers was one way in which VOW supported and empowered women survivors of various kinds of trauma, and encouraged them to share their talents more widely. The writers' group, the longest-lasting section of VOW, disbanded after four years with the members having got what they needed from it in terms of their writing and their emotional empowerment. Members still meet socially from time to time.

Rosemary has now embraced the online poetry world via blogging, twitter, and international poetry groups and communities. She is a staff member and feature writer at Poets United, an international community of blogging poets, and a sometime participant in other online poetic communities. For many years she administered several poetry and micropoetry groups, first on MySpace then on on facebook, and was a member of others. Now she has given up the admin role but is still an active member if some groups. She seldom chases publication these days, but when invited (which she is glad still happens now and then) she has been included in both online and paper literary journals and anthologies. Her various blogs, both poetry and prose, can be found on her website at www.nissen-wade.com or by googling Rosemary Nissen-Wade. (The hyphenated surname ensures she's the only one in the world!)

Her work has also appeared in the collaboration, SHE TOO (with Helen Patrice, Delaina J. Miller and Leigh D.C. Spencer) in the chapbooks LIFE AFTER DEATH and THE IMAGINED OTHER (the latter in collaboration with Walt Wojtanik, Phillip Barker and Bruce Neidt) and in a wide variety of journals and anthologies. Her non-Smashwords publications appear on her Amazon page (see 'Where to buy in print').

HELLO EARTH, a series of meditations, is available at Smashwords in epub only.

Reviews of Hello Earth: A Month of Daily Reflections by Rosemary Nissen-Wade

You have subscribed to Smashwords Alerts new release notifications for Rosemary Nissen-Wade.