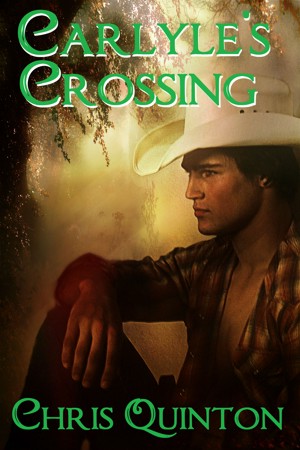 By Chris Quinton
Jubal must face a primordial evil with only an ancient flint knife, two ancestral spirits, and Sal at his side. If he fails, more than lives are lost. More
Jubal, the last Carlyle, lives the full width of the continent away from his Abenaki ancestors. Then a letter from a lawyer draws him and best friend Sal to the suffering town of Whitewater, Vermont - where dark forces, unleashed by one man's obsession, bring depression and
hopelessness to the people.

Jubal's father was unable to drive back the incursion, but Jubal knows he must try. Without knowledge or training, he has only instinct to rely on - and Sal, who is rapidly becoming far more than a friend with benefits. The dangers they face are insidious. Both their lives and sanity are at risk - and so much more.
Available ebook formats: epub mobi pdf lrf pdb txt html
First 10% Sample: epub mobi (Kindle) lrf more Online Reader
pdb
Price: $2.99 USD
Buy Add to Library Give as a Gift
How gifting works
Create Widget
Tags: paranormal paranormal mystery mm paranormal mm paranormal romance mm contemporary paranormal mm paranormal mystery
About Chris Quinton

You have subscribed to Smashwords Alerts new release notifications for Chris Quinton.