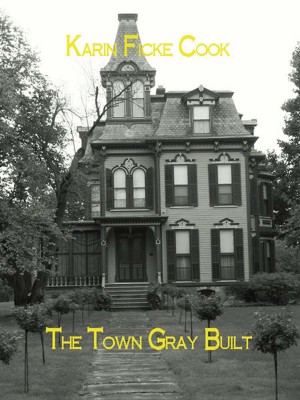 Mary is able to detect the reason for such a grim assignment and this story becomes one of redemption, Christmas miracles and joy.

I'm 68 (I'm old), an American from Iowa living in my old high school (which is now a senior apartment complex in Davenport) and was married to L.M. Cook who lived in Oldham, UK. We met on the Internet, married in England and were married for 16 years until his death in June 2013. We had no children, but have a rescue cat named Jade and my hobbies range from regional cooking to beading and plaster statuary restoration. There are a lot more interests, but there isn't room here!! I am a published author of four traditional novels (which are a series) and now an eBook author of six through Smashwords.com and I normally write in the mystery/crime category. A portion of the royalties from my ebooks (when I have gone into profitability) will be donated to the Bill and Melinda Gates Foundation and Rotary International to provide needed vaccines to poor countries, especially to combat Polio, which has now resurfaced globally. I had Polio at age four and a half and now have Post Polio Sequelae, which is why I became a writer. I was unable to continue in sales, so I used my background to become a published author at age 55. Although I am retired, I am a full-time author and manage to work in photography when I'm able. But now it is time to sell my work, create new books and my time has now been booked up for the next five years with lots of new projects. I thought retirement was supposed to give you free time? NOT. 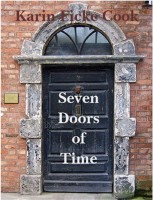 You have subscribed to alerts for Karin Ficke Cook.

You have been added to Karin Ficke Cook's favorite list.

You can also sign-up to receive email notifications whenever Karin Ficke Cook releases a new book.