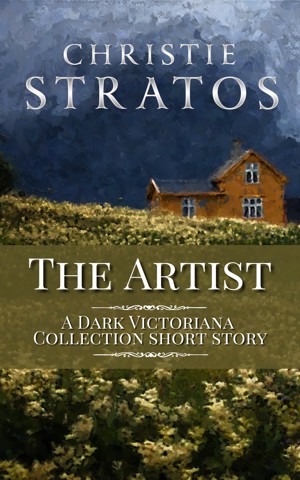 Miss Grant’s sole purpose in life is to help Civil War veterans by painting portraits of them to reveal the beautiful souls beneath their injuries. She has met many exceptional men through answering their newspaper advertisements for a companion.

But the latest veteran, the beautiful Mr. Markham, is strange. He has no debilitating injuries, simply a long, deep scar on his face—nothing more. His isolation from society and his demands to be treated as an invalid defy belief. Why does he choose to suffer when he could enjoy a fulfilling life?

Something else is wrong with Mr. Markham. And by the time Miss Grant figures it out, it may be too late to escape.

About the Series: Dark Victoriana Collection

"No one goes unscathed."

Beneath the smooth exterior of careful etiquette and clean appearances lie dark intentions.

Book two, BROTHERHOOD OF SECRETS, unlocks the sinister secret behind Mr. Locke's locksmith shop. His carefully chosen employees are brothers in the art of keeping secrets...including their own. How do the brotherhood and the town's secrets interlock? Only Mr. Locke holds the key.

While Dark Victoriana Collection books share and expand on characters and situations, they can be read as standalone books or as a series.

Reviews of The Artist by Christie Stratos