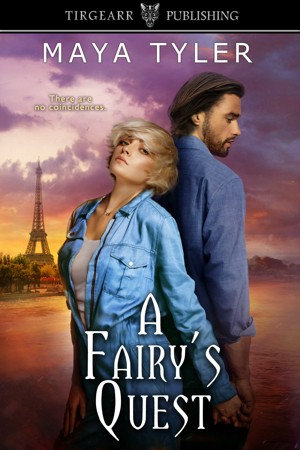 By Maya Tyler
A century ago, the fairy crown was stolen from Alina Lehrer's clan, but now the usurper is dead and it's time to reclaim what's theirs. Rylan Jackson, codename Orion, is The Court's most trusted assassin who always gets the job done. Until his target is Alina, the one woman he can’t resist. Fate has placed them on opposing sides for the crown, but Alina soon learns Fate isn't set in stone. More
New York had Broadway. LA had Hollywood. Chicago had magic.

During the Golden Age of Magic, descendants of The Anunnaki sought refuge in the City of Magic.

Five years ago, fairy princess Alina Lehrer played the role of dutiful daughter until, in a single act of rebellion, she broke her arranged marriage agreement with David Laurent and destroyed a powerful alliance between their families. She fears her mother will hold it against her until she fulfils her familial duty—to reclaim the fairy crown that had been stolen from them more than a century ago.

Now, the usurper to the throne is dead, thus ending the fairy-wizard feud. It is time to reclaim the throne, and ultimately the stolen crown. But happily-ever-after seems as far away as ever for Alina. She is still heartbroken after the rejection of her first love and is still healing from a near-death trauma. She must push aside her personal feelings and find a way to confront her demons in order for her to complete her quest.

Rylan Jackson, codename Orion, has an impeccable record as a trained assassin for The Royal Court of Fairies. As The Court's most trusted asset, he always gets the job done. Until his target is Alina, the one woman he can’t resist.

Fate has placed Alina and Rylan on opposing sides in a world of deception and betrayal. Where truth is ambiguous. Where loyalties war with affection. Where there are no coincidences.

About the Series: The Magicals

Also in Series: The Magicals

Reviews of A Fairy's Quest by Maya Tyler

You have subscribed to alerts for Maya Tyler.

You have been added to Maya Tyler's favorite list.

You can also sign-up to receive email notifications whenever Maya Tyler releases a new book.