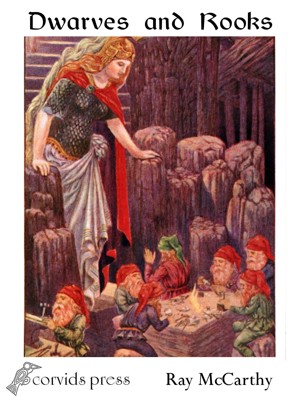 Extensive use is made of older sources rather than more modern ones.
The cover is based on ‘Freyja and the Dwarves’ by Patten Wilson, an illustration. Freyja is receiving the Brísingamen, which was probably a torc rather than the modern conception of a necklace. Perhaps to fasten on her falcon feather cloak used for shape-shifting.
About 49,950 words.
Available ebook formats: epub mobi
Price: $3.99 USD
Buy Add to Library Give as a Gift
How gifting works
Create Widget
Tags: murder mystery detective dwarves fay norse gods otherworld asgard
About Ray McCarthy

Ray McCarthy has lived in the Mid West of Ireland since 1983. He has a life long interest in SF & F, electronics, computers, science and space. Writing since 1991.
His engineering and security systems background gives the SF and adventures a solid scientific background.

About the Series: Celtic Otherworld 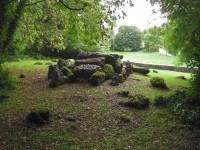 The “Celtic Otherworld” stories are inspired by Celtic, Irish, Scandinavian and Norse legend and are set more or less contemporaneously usually with some connection to Irish or English places.

Unlike Greek and Roman myth, there are many Celtic ‘Otherworlds’ that appear to be magical and often inhabited by the Fair Folk (Fay, Fairy, Sióg) or sometimes the Tuath Dé (later called Tuatha De Danann). They are not realms of the dead.

Manannán Mac Lir led the Tuath Dé away to the Otherworld over 2,500 years ago. Except for them it’s been more like 600 due to the time-slip. Portals are often at Court Graves, Raths and other ancient Irish sites. Today Tuath Dé culture is a crazy mix of Mediaeval to 20th Century. Most of the stories involve Alice, also called Eilis, who lived in rural Co. Limerick till aged thirteen.

Reviews of Dwarves and Rooks by Ray McCarthy

You have subscribed to alerts for Ray McCarthy.

You have been added to Ray McCarthy's favorite list.

You can also sign-up to receive email notifications whenever Ray McCarthy releases a new book.