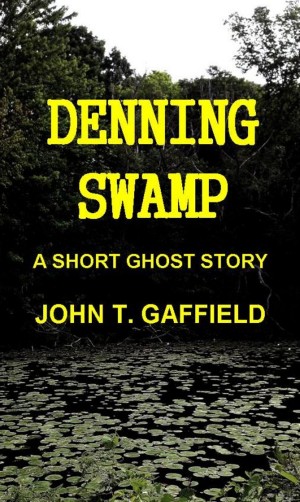 John T. Gaffield is an automotive engineer from Southeast Michigan. John uses his engineering background to create realistic ghost stories with an interest in haunted houses. He published his first novel "Heir to Winston Manor," in October 2010. Subsequent novels include "The Wahl House Curse," and "Alone Again."

John has several short ghost stories available. Some of which are free. They include, "The Ghost of Birch River Cabin," "Winter Visitor," "Slow Down," "Denning Swamp - A Short Ghost Story," "The Haunting of the Charles F. Campton," "Disconnect," and "In Remembrance."

John is continuing to work on new novels and short stories. So, stay tuned!

Reviews of Denning Swamp - A Ghost Story by John Gaffield

John, I really liked this story. Kept my interest all the way.
Glenn.

This is a very good story. Verry much lenjoyed it.

You have subscribed to Smashwords Alerts new release notifications for John Gaffield.

You have been added to John Gaffield's favorite list.

You can also sign-up to receive email notifications whenever John Gaffield releases a new book.