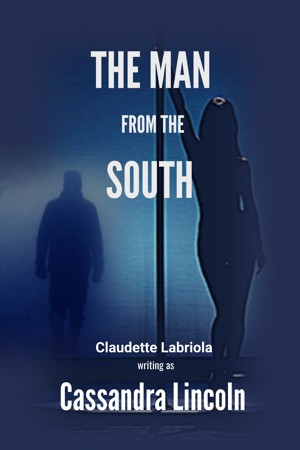 The Man from the South

Cassandra is my erotica pseudonym. I also write under my own name, Claudette Labriola, on a variety of platforms, all of which can be found on my website.

Reviews of The Man from the South by Cassandra Lincoln

It is highly enjoyable to read erotica written by an author that can actually write. Cassandra Lincoln brings her character, Leah, to life with her detailed descriptions of the protagonist's feelings,  introspection, fears, desires and needs, thus developing a character in The Man From The South to whom the reader can actually relate and toward which the reader can have sincere empathy.

Because of its very nature, erotica is the one genre of fiction that should lend itself most easily to producing the utmost honesty in writing with no holds barred. Too much erotica produced today (at least the stuff that I've been reading lately) consists of an alluring cover but once inside, the reader is subjected to endless boring descriptions of repetitive sexual actions from front cover to back, and characters that have neither a personality nor a soul, punctuated by droll and laughable metaphors for each gender's sex organs, all of which are anything but arousing.

In The Man From The South, the character development of the protagonist is thorough, constant, convincing and true to life. Only an author who poured her own heart and soul (and perhaps experience, if only in fantasy) into a story can write with such genuineness. The result is that a connection is formed between author and reader.

Not to be overlooked, the air of mystery that permeates the entire story is the unknown factor of the other main character, the man from the south, who the protagonist knows only cursorily. The reader is left wondering about this character's nature, his motivations and his own proclivities. Is he for real? Is he dangerous? Where is all this eventually leading?

You have subscribed to alerts for Cassandra Lincoln.

You have been added to Cassandra Lincoln's favorite list.

You can also sign-up to receive email notifications whenever Cassandra Lincoln releases a new book.