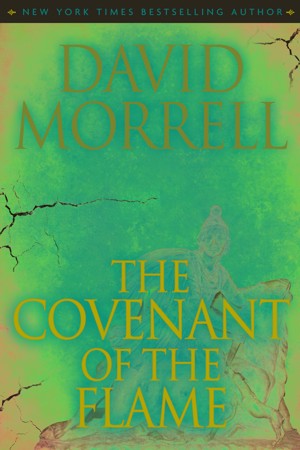 The Covenant of the Flame

By David Morrell
Reporter Tess Drake discovers a mysterious altar in the apartment of a friend whose charred body was discovered in a nearby park. The meaning of that altar propels Tess on a furious hunt for the truth about what happened to her friend, a labyrinth of intrigue and danger that leads to the highest levels of power as well as to the depths of a secret cave in Spain. More
From the master of high action comes a novel of deception and intrigue that paved the way for the history-based religious thrillers of Dan Brown, Steve Berry, and James Rollins.

In 1244, at the infamous fortress of Montségur in southwestern France, Christian Inquisitors massacred the last vestige of a heresy known as Mithraism, once the dominant religion of the Roman Empire. But was the heresy in fact destroyed? In today’s New York City, reporter Tess Drake discovers a mysterious altar in the apartment of a friend whose charred body was discovered in a nearby park. The altar (a version of it exists in the British Museum) depicts a man astride a bull, plunging a knife into its neck while a dog, a scorpion, and a snake drink the blood. The meaning of that altar propels Tess on a furious hunt for the truth about what happened to her friend, a labyrinth of intrigue and danger that leads to the highest levels of power as well as to the depths of a secret cave in Spain.

This special e-version of THE COVENANT OF THE FLAME has a revised text and an introduction in which David Morrell describes the unusual personal events that prompted him to write this novel.

“A mega-thriller by any standard”

“David Morrell is, to me, the finest thriller writer living today, bar none.”

You have subscribed to alerts for David Morrell.