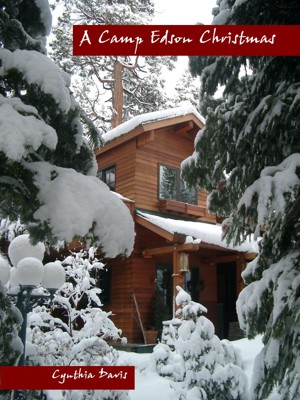 Cynthia Davis teaches freshman composition at Christopher Newport University, which also happens to be her alma mater. Her patchy resume includes stints as a travel agent, burger flipper, youth worker, reporter, and a particularly long run as an elementary art teacher. She enjoys photography, good coffee, and making mosaic seahorses. She lives in an old house near the Chesapeake Bay with her husband, children, pets, and a cast of regular extras.

Reviews of A Camp Edson Christmas by Cynthia Davis

"A Camp Edson Christmas" by Cynthia Davis was a running start on reading for this holiday season. Ms. Davis really captured the true spirit of Christmas that we should all have in the so-called janitor, "Engal." Working at a camp on Christmas Eve wasn't exactly what Christina had in mind for the holidays, but she did it...hoping to bring some holiday cheer to the campers they were hosting and also knowing that she had a home and family to go home to with which to spend her holday. The last thing she expected to happen was to have them make the holiday for her, like in the camper, Faith, who just enjoys being at the camp while she's there, not worrying about the presents she'll get for Christmas. And, Mr. Engal, the so-called janitor that Christina ridicules and ignores who ultimately ends up making Christmas for them all.
I really enjoyed this book. I thought it was a great read for the holiday season and helped you see the real meaning of Christmas.
I give it 4 stars.

You have subscribed to Smashwords Alerts new release notifications for Cynthia Davis.

You have been added to Cynthia Davis's favorite list.

You can also sign-up to receive email notifications whenever Cynthia Davis releases a new book.