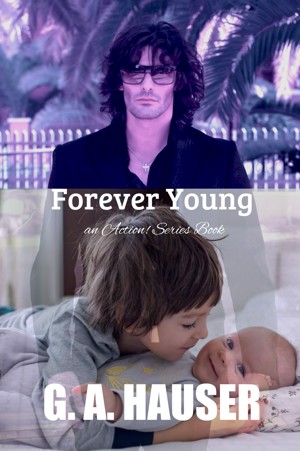 Get ready for gourmet food, the laughter of children, a crazy mutt, fun in the Northern California sunshine, and plenty of sex!
Come back home to the boys from LA and get lost in their joyous universe!

All of the Action! Series books can be read as stand-alone novels. So just dive right in! Or watch Capital Games the movie, the pilot episode, now on demand. More
In episode 68 of the Action! Series we find the mansion in Paradise, California, filled with family and friends for Father’s Day weekend. The guests, the entire cast of characters from the series that you’ve grown to love, join Mark Antonious Richfield, the Nation’s Top Male Model to frolic in the sun. Then, Mark receives a mysterious package in the mail, which stuns him, and his best friends.

While they enjoy the incredible thirteen-bedroom mansion, one equipped with two pools, tennis, basketball courts, and a stable with horses, over thirty guests wine and dine at the posh estate.

Fresh from production on a Vietnam War movie, A Year at An Khê, Hollywood actors, Stan Richfield, Carl Bronson, Keith O’Leary and Jeremy Runner, recount their harrowing experiences from the films action sequences. Not only that, but talent agent Adam Lewis has wonderful news to announce to his celebrity clients.

Meanwhile, former LA lifeguard, Josh Elliot, lures the actors to continue his video-channel escapades, ‘Bathtub Interviews’ with hilarious results. When Josh finally gets Mark Antonious Richfield into a tub, he gets a lot more than he bargained for.

Get ready for gourmet food, the laughter of children, a crazy mutt, fun in the Northern California sunshine, and plenty of sex!
Come back home to the boys from LA and get lost in their joyous universe! 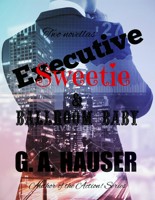 You have subscribed to Smashwords Alerts new release notifications for GA Hauser.