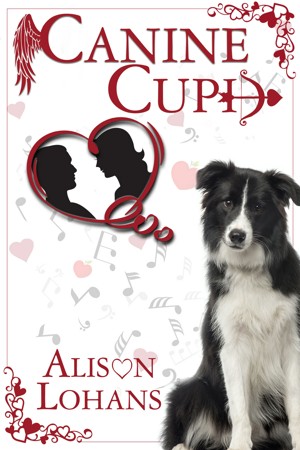 Peter is still grieving the deaths of his beloved wife and daughter. Even so, his self-pitying widowed mother keeps escalating her unreasonable demands. Meanwhile, Peter’s stand partner in the symphony comes on to him, although he’s tried hard to make it clear that he’s not interested – in anyone.

When Kara slams on the brakes to avoid hitting a stray dog and Peter rear-ends her, an unexpected and unwelcome attraction begins to flare.

Editorial Reviews:
"This love story is beautiful. These two people are real. Past experiences have made them skittish. They are attracted to each other, but they are afraid of being hurt or of imposing their own burdens on each other. Yet they work through it all, gradually and realistically, separately, and--most important of all--as a couple. When they come together at the end, the reader can be pretty sure that they belong together and that they will stay together and be happy--they and their dogs!"
Mary Balogh, New York Times Bestselling author of Regency romances

"The skillfully drawn characters come to life in this well-written contemporary romance novel. Our hearts ache for them as they work through the psychological scars from the tragedies in each of their pasts and struggle to overcome the real obstacles to a fulfilling future together."
Sharie Argue, musician and educator

“I felt like I was immersed in the lives of two people I’ve actually met—people who juggle a relationship with the demands of their careers, the ghosts of past relationships … and the pressures of … caring for a parent. Canine Cupid is a delightful read for lovers of romance—and of course—dogs.
Maureen Ulrich, author of the Jessie Mac Hockey Series – Power Plays; Face Off, and more.

“Author Alison Lohans wasted no time getting into the plot of her novel, but I found I was swept away by the characters … When you add this to a well-written plot that slips down as easily as lemonade on a hot summer afternoon, and – of course – two VICs (Very Important Canines), you have everything you need for a charming romantic read.”
Riana Everly, author of The Mystery of the Missing Heiress: A Pride and Prejudice Mystery; Through a Different Lens: A Pride and Prejudice Variation, and more; also a musician
Available ebook formats: epub mobi pdf lrf pdb txt html
Price: $4.99
$2.50 USD
Buy with coupon Use the code GP63Q at checkout for 50% off
(Offer good through March 03, 2023 )
Have a better coupon?
Add to cart, then apply your coupon
Add to Library Give as a Gift (using coupon)
Have a better coupon?
Add to cart for gifting, then apply your coupon
How gifting works
Create Widget
Tags: second chance at love cellist contemporary urban setting controlling widowed mother threatens new relationship dogs bring a couple together elementary school teacher meets classical musician fraudulent debt grieving hero finds new love heroine learns to trust again heroine stalked by conman ex
About Alison Lohans

Alison Lohans began making up stories when she was five, and knew at age nine that her calling was to be a writer. Born and raised in Reedley, California, she did her undergraduate work at Whittier College and California State University, Los Angeles. Soon afterwards, she immigrated to Canada in 1971 with her late husband. They spent five years in British Columbia (where her husband completed his Ph.D., and Alison earned her Postgraduate Diploma in Elementary Education while working as a pharmacy assistant). They then moved to Regina, Saskatchewan.

Over the decades since Alison's first YA novel was published by Scholastic Canada in 1983, she has published 26 books for young people with Canadian and international presses. These books range from picture books, early chapter books, middle-grade novels, and on up to mature YA novels. Her YA novel This Land We Call Home (Pearson Education New Zealand, 2007) won the 2008 Saskatchewan Book Award for YA fiction, and many of her other books have been finalists for provincial, national, and international awards. Alison has done over a thousand readings of her works in schools and libraries across Canada, and still loves connecting with readers in this way.

In addition to her books, Alison writes short fiction, poetry, and creative nonfiction. For decades she longed to write contemporary romance, and finally gathered up the courage to give it a try. She has taught writing and mentored other writers; she's taught instrumental music; completed her M.Ed. degree; done a bit of editing; and served as Writer-in-Residence at Regina Public Library in 2002-03. She has also served on countless boards of arts groups at local, provincial and national levels. Alison was awarded the 2012 Regina YWCA Woman of Distinction Award for her contributions to the arts.

For fun, she plays cello, cornet and recorder in community groups, has resumed piano lessons after a decades-long hiatus, and occasionally sings in choirs. International travel is very high on the list of things Alison loves doing - and in some instances, books have been sparked by visits to new places.

Regina has been home to Alison since 1976, where she lives with her dog Sebastian and two finches.

Kara and Peter meet in the aftermath of a fender-bender when Kara brakes suddenly to avoid hitting a dog. From the moment we meet them, we like them. In this emotion-packed story, these characters are people we want to root for. You can tell a lot about people by the way they treat animals, and these two are definitely good people who deserve a happy ending. Both have faced terrible pain, and we want them to find happiness together. We can truly identify with what they’ve experienced in the past and what they’re still going through. When they fall in love, it feels like the most natural thing in the world, as if they were made for each other.

Ms. Lohans’ writing is rich and descriptive. The dogs practically jumped off the page and licked my face. I also loved the musical references connected to Peter’s career as a cellist in the symphony, and it’s obvious Ms. Lohans has a deep knowledge of classical music. One of my favorite scenes was when Peter brought his cello to Kara’s grade four class and was absolutely masterful in getting the kids excited about music.

I loved Kara and Peter’s love story. And I really loved their dogs! I highly recommend this book and will be looking for more stories from Ms. Lohans.

You have subscribed to Smashwords Alerts new release notifications for Alison Lohans.

You have been added to Alison Lohans's favorite list.

You can also sign-up to receive email notifications whenever Alison Lohans releases a new book.