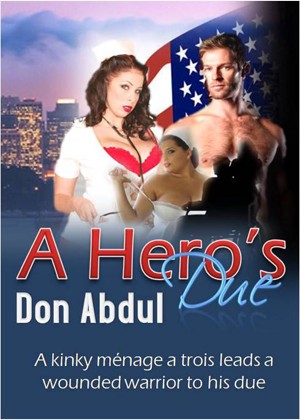 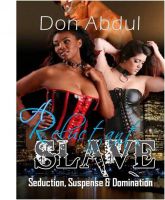 Love it. Fulfilling a dream of a soldier boy.

Not enough is said about our wounded vets in what they face when they come home injured or broken from war. it is a sad fact. to see Chad have to struggle so hard in healing at a military hospital was heartbreaking. to know his family loved him enough to move him was a great lift to my heart. MMM to be Laney and get the enjoyment of Chad and show him the gratitude for his services. April is a nice fit in this group with her dominance over April. it was nice to see how this changed his view and how he grew and healed with the help of two nurses. thank you to all the vets who serve no matter what country they are from.

One of the previous reviewers said that the main idea was nice, but the execution of that idea was a little too rushed, and even though the sex was hot, this story isn't all that well-executed. Unfortunately, I must agree. My author-crush on James Jones and love of his novel 'Whistle' sets me up to love a good wounded warrior tale. The opening paragraphs, describing Chad's Irish-American family, made me want to get involved in this character's life and care about him. Alas, once the young nurse shows up to give Chad a sponge bath, all sense of plot and characterization is lost. The sex IS hot, but the writing is inelegant, words are poorly chosen, and I would have liked to be given some sense that these characters connect to each other emotionally as well as sexually. After all, Chad is a war hero, and we want him to get better. One threesome isn't going to magically cure all of his issues. I would be in favor of this being developed and fleshed out (pun intended) into a longer story.

Nice idea, poor execution. The female characters weren't believable, and the whole thing felt rushed. The sex was pretty good after that.

It is the least we can do for our heroes.

(review of free book)
Jake Malden reviewed on Dec. 26, 2011
(no rating)
Don Abdul takes the traditional naughty nurse fantasy and works it over with a contemporary treatment. Damaged war hero Chad is a worthy recipient of the favours visited on him by Laney and April, the sub/dom nurse duo who get him up and running again. This story is crammed with delicious hot threeway sex. Readers will be cheering on the girls to give Chad his due and for him to take it.

If you're looking for a steamy story which satisfies your fantasy of being with one or in this case two sexy nurses, then I have the perfect story for you. A Hero's Due by Don Abdul is sizzlin and will definitely have you wishing you were a fly on that hospital room wall or better yet, one of the participants.

There's a smooth reading style to this which makes it easy to forget time.
I enjoyed the plot and the compassion demonstrated by the well defined characters, Good writing!

You have subscribed to alerts for Don Abdul.

You have been added to Don Abdul's favorite list.

You can also sign-up to receive email notifications whenever Don Abdul releases a new book.