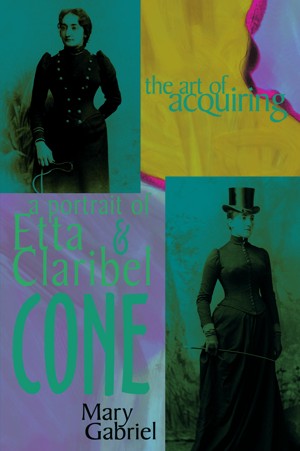 The Art of Acquiring: A Portrait of Etta & Claribel Cone

Mary Gabriel, currently based in London, works as a reporter and editor for the world desk of Reuters News Service. Previously, she served as executive editor of the award-winning Museum & Arts Washington magazine, and prior to that edited and reported for United Press International and the Baltimore News-American newspaper.

Her first book, Notorious Victoria: The Life of Victoria Woodhull, Uncensored, was a New York Times Notable Book in 1998. Her second, The Art of Acquiring: A Portrait of Etta & Claribel Cone, is the definitive source on its subject.

A native of Minneapolis, and a longtime resident of Baltimore, she holds a Diplome from the University of Paris at the Sorbonne, a Bachelor's of Fine Arts from the Maryland Institute College of Art, and a Master's Degree in Journalism from American University.

Reviews of The Art of Acquiring: A Portrait of Etta & Claribel Cone by Mary Gabriel

You have subscribed to alerts for Mary Gabriel.

You have been added to Mary Gabriel's favorite list.

You can also sign-up to receive email notifications whenever Mary Gabriel releases a new book.