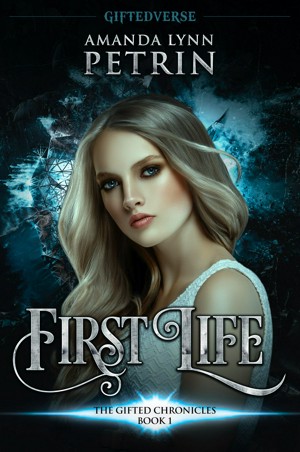 By Amanda Lynn Petrin
Alison Carmichael has no intention of doing a Summer internship when she agrees to humor Dr. Richards and attend the information session. She’s more interested in Tristan Davis, the attractive stranger she meets on her way there. After Alison makes a killer impression, Dr. Richards drops a bombshell: Alison is Gifted, and the Internship can teach her how to use her Gift while also solving crimes. More
Alison Carmichael has her life planned out, from what she’s studying down to the job she’ll take when she graduates. When she discovers she has a Gift, to relive meaningful memories through touching objects, it puts everything into question.
She takes an internship solving cold cases with Dr. Grace Goncalves at her local precinct and meets a handsome stranger, Tristan Davis. As Alison learns more about the world of Gifteds, and her place within it, she impresses Detective Cortez, who enlists her help on a current case.
When those closest to her become victims, Alison must put the pieces together and solve the puzzle, or she’ll be next.
First Life is a thrilling urban fantasy novel by Amanda Lynn Petrin. If you like mysteries and the supernatural, you’ll love this paranormal adventure.
Order First Life and enter the Giftedverse today!
Available ebook formats: epub
Price: $4.99 USD
Buy Add to Library Give as a Gift
How gifting works
Create Widget
Tags: urban fantasy paranormal supernatural gifted
About Amanda Lynn Petrin

Amanda Lynn Petrin grew up on the South Shore of Montreal with a big and supportive family. She studied Psychology and History at McGill University, then went into acting once she graduated. In 2017 she moved to Toronto, Ontario, in the hopes of finding more opportunities. Instead, she discovered that you need to create your own. She has written, produced and starred in multiple short films, including Get-Together, All the Things, and Touched. Being an author was a dream she thought would never come true until she started doing the things that scared her. Her debut novel, Shards of Glass, was released in August 2019, and she is just getting started.

You have subscribed to Smashwords Alerts new release notifications for Amanda Lynn Petrin.

You have been added to Amanda Lynn Petrin's favorite list.

You can also sign-up to receive email notifications whenever Amanda Lynn Petrin releases a new book.