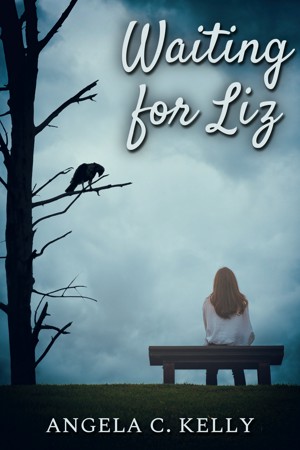 What began as a taboo sexual encounter blossoms into a love affair that goes on to span a decade. The trials and tribulations of the narrative are shot through with flashbacks from the protagonist’s life. Through them, and observing how Angela operates within her relationship with Liz and others, the story of how a person becomes what and who they are begins to emerge. More
Angela is twenty-nine and living what looks like a comfortable life in a Midwestern college town: she has a home with her adoring long-time partner, a circle of good friends, a recently acquired degree, and a job that uses it. But everything isn’t as lovely as it looks.

Slowly a soul-level unravelling is occurring within Angela, without her knowledge or consent. Each destructive self-sabotaging choice brings her closer to the kind of destruction that ultimately makes room for new growth in a person’s heart.

Enter Elizabeth. Though Angela claims to have paid little attention when they are first introduced, Elizabeth -- Liz -- eventually consumes her every thought, much like the drugs she and her wife have begun to use to mask the growing rift in their relationship. When Angela decides to call her partner’s bluff and invite this new “hot young plaything” to help them patch things up, a decades-long story of pursuit, addiction, love, and growth begins.

Angela’s story winds through her past, each tale about her relationship with Liz opening up a window to times even farther past that have shaped how she connects with other people, especially those she loves. Woven through it all are threads of addiction, abandonment, shame, perseverance, joy, and love. Has she come to terms with her past? With Elizabeth herself?
Available ebook formats: epub mobi pdf lrf pdb txt html
First 20% Sample: epub mobi (Kindle) lrf more Online Reader
pdb
Price: $3.99 USD
Buy Add to Library Give as a Gift
How gifting works
Create Widget
Tags: lesbian
About Angela C. Kelly

Angela Kelly has been writing since she was tall enough to hit the keys on a manual typewriter. Two of her poems, "Religion" and "Redemption," have been published, and other works have appeared in a variety of independent magazines and newsletters. Unavailable is her first novel-length book.

Kelly lives, breathes, and consumes books. She has been employed in the publishing production industry for over ten years, and has a Bachelor's degree in English from the University of Illinois. She spends much of her time haunting libraries and local bookstores, always in search of the next piece of inspiring and overwhelming literature to add to her reading repertoire.

A native Jersey girl, Kelly currently resides begrudgingly in the cornfields of the Midwest with her partner, Cindy, and their furry four-legged children. She hopes to someday retire near the ocean of the east coast, where she plans to write her memoirs with a sharp shell in the sand.

Reviews of Waiting for Liz by Angela C. Kelly

You have subscribed to Smashwords Alerts new release notifications for Angela C. Kelly.

You have been added to Angela C. Kelly's favorite list.

You can also sign-up to receive email notifications whenever Angela C. Kelly releases a new book.