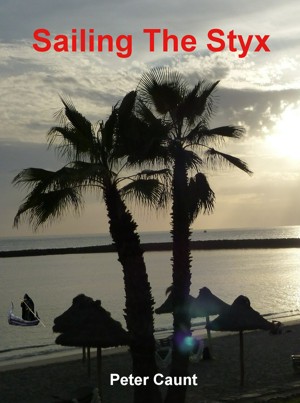 A newly dead individual has to negotiate with the Ferryman to find a sensible way to spend his afterlife.

A grandson finds a way to give his frozen grandmother a final walk by the river so she can be happy with her last few minutes of life.

A disabled boy buys a jar with a disembodied brain that starts to plan his life for him.

Peter Caunt was born in North Derbyshire but has spent the last thirty-five years in North Yorkshire.

Peter originally had a science background and worked, in Harrogate, for the C.E.G.B, on pollution control (until it closed down), in Preston for Babtie Environmental (until they closed down the department) and in Harrogate for the Regional Health Authority (until it closed down). Following these, he worked for a software house in Harrogate until it was taken over by a multinational and downsized. Having seen the writing on the wall, he decided to copy it down and try to publish it.

He has had an interest in writing short stories for the last thirty years but has only recently had the time and the enthusiasm to start accumulating a pile of rejection letters.

In the latter part of 2005, a small pile of acceptances began to grow, much helped by inspiration from his wife, Pamela.

Peter is a member of the Harrogate Writers' Circle.

Reviews of Sailing The Styx by Peter Caunt

You have subscribed to alerts for Peter Caunt.

You have been added to Peter Caunt's favorite list.

You can also sign-up to receive email notifications whenever Peter Caunt releases a new book.