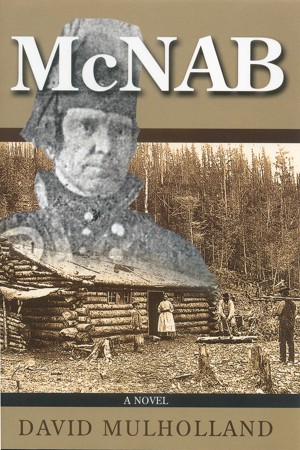 David Mulholland was born in Kingston, Ontario, Canada, and raised in the Ottawa Valley town of Arnprior. He now lives in Ottawa.

Mulholland began his writing career as an advertising copywriter in private radio. He went on to work as a researcher, story editor and interviewer for CBC Public Affairs television, a general-assignment reporter and music reviewer for the Ottawa Citizen, a syndicated country-music columnist, a part-time stand-up comic with Yuk Yuk’s, and a speech writer for a number of departments in the federal government.

McNab Trailer
Set in Canada, the Scottish Highlands, and the United States, McNab portrays the struggle of 19th century immigrants against the tyranny of Chief McNab who imposes the Scottish feudal system. And there’s romance! McNab’s piper has a turbulent relationship with an Irish lass who challenges his beliefs about marriage and women. Her passionate independence takes his heart on a wild ride.

Reviews of McNab by David Mulholland

You have subscribed to alerts for David Mulholland.

You have been added to David Mulholland's favorite list.

You can also sign-up to receive email notifications whenever David Mulholland releases a new book.