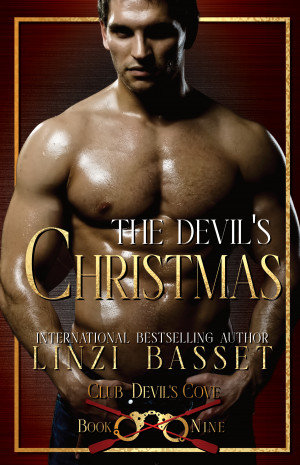 Sean Scott had been undercover for so long; he'd forgotten who and what he was. In an attempt to reconnect with what little humanity he had left, he returned to Washington D.C. to find absolution at Club Devil's Cove.

Except Tasha Alenichev, the daughter or the Pakhan of the Russian Bratva, was out for revenge once she found out he had been lying to her for the past two years. More
You met the powerful Masters and their sassy subs in CLUB DEVIL’S COVE. Now, this Christmas … they’re back and just as DEVILISHLY DECADENT and DOMINANT as before. Rhone Greer and his friends and co-owners of Club Devil’s Cove, Keon LeLuc, Ethan Brodie, Max Shaw, Jack Blackmore, Lance Talbot, Alex White, Pamela Seeger, and Bruce Rickett decided it was time to give the club a do-over. What better way to celebrate the reopening than with a Christmas Ball?

Sean Scott had been undercover for so long; he'd forgotten who and what he was. In an attempt to reconnect with what little humanity he had left, he returned to Washington D.C. to find absolution at Club Devil's Cove.

Except Tasha Alenichev, the daughter or the Pakhan of the Russian Bratva, was out for revenge once she found out he had been lying to her for the past two years. Suddenly, the Christmas season of debauchery and kink he had envisioned among family and friends turned into a battle to stay alive.

Lucky for him, the Precision Secure team offered Sean the olive branch he so desperately needed—not only to stay alive but to break through the arctic anger of the fiery redhead. Now, he set out to pave a future for the two of them where crime and violence would take a backseat.

Would this Christmas be the one where the emotional devils inside him finally found peace?

Only time would tell...

Be ready for masterful Doms, sassy subs, and a Devilishly Christmas celebration that will make you wish you were there, playing along.

“Isn’t it a universal truth that it’s our singular experiences and passion, for whatever thing or things, which molds us all into the individuals we become? Whether it's hidden in the depths of our soul or exposed for all to see?”

Linzi Basset is a South African born animal rights supporter with a poet’s heart, and she is also a bestselling fiction writer of suspense filled romance erotica books; who as the latter, refuses to be bound to any one sub-genre. She prefers instead to stretch herself as a storyteller which has resulted in her researching and writing historical and even paranormal themed works. Her initial offering: Club Alpha Cove, a BDSM club suspense series released back in 2015, reached Amazon’s Bestseller list, and she has been on those lists ever since. Labelling her as prolific is a gross understatement as just a few short years later she has now been published thirty-nine times; a total which fails to take into account the three other published works of her alter ego: Isabel James who co-authors—nor does it include the five additional new works marked for imminent release.

“I write from the inside out. My stories are both inside me and a part of me so it can be either pleasurable to release them or painful to carve them out. I live every moment of every story I write. So, if you're looking for spicy and suspenseful, I'm your girl... woman... writer... you know what I mean!"

Linzi believes that by telling stories in her own voice, she can better share with her readers the essence of her being: her passionate nature; her motivations; and her wildest fantasies. She feels every touch as she writes, every kiss, every harsh word uttered, and this to her is the key to a never-ending love of writing.

Ultimately, all books by Linzi Basset are about passion. To her, passion is the driving force of all emotion; whether it be lust, desire, hate, trust, or love. This is the underlying message contained in her books. Her advice: “Believe in the passions driving your desires; live them; enjoy them; and allow them to bring you happiness.”

Find her also on amazon.com/author/isabeljames in a collaboration of emotional and spiritual tales of discovery written in rich prose. 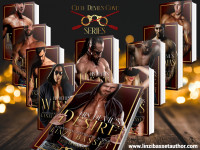 In this series, we meet Rhone Greer and Keon LeLuc’s friends, Jack Blackmore, Max Shaw, Lance Talbot, and Ethan Brodie. Under the disguise of their company, Precision Secure, they run undercover ops for the President of the United States. Along the way, we meet their friend, Governor Alex White, Mistress Pamela Seeger—who is in charge of the club’s legal aspects—Bruce Rickett, Keon’s cousin, war veteran Richard Almar, and the Club Manager, Wade Moore. Everyone as dominant and powerful as the other.

During this series of take-no-prisoners suspense novels, we come to know each of the Senior Masters—big, dominant men and their strong, sassy women, along with their kinks, as they carry on with their lives and fight against the pernicious grasp of crime syndicates, corruption, death, and violence they are exposed to.

Reviews of The Devil's Christmas by Linzi Basset

You have subscribed to Smashwords Alerts new release notifications for Linzi Basset.

You have been added to Linzi Basset's favorite list.

You can also sign-up to receive email notifications whenever Linzi Basset releases a new book.