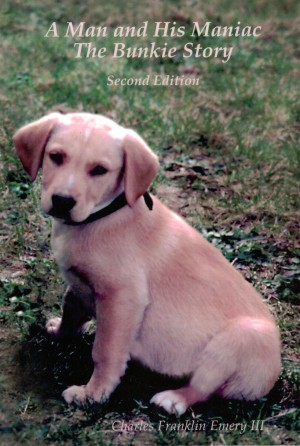 A Man and His Maniac: The Bunkie Story - Second Edition

Charles Franklin Emery III was born in Los Angeles, California in 1956. He joined the US Navy Submarine force in 1977 and spent the following six years on Fast Attack and Fleet Ballistic Missile submarines as a Sonar Technician and Sonar Supervisor. He forged a career in commercial Nuclear Power and is now a Consulting Engineer to various electric utilities. He is an avid fisherman and hunter, enjoys working on his 1964 Plymouth Savoy and collecting colonial American coins. Drag Racing is also a passion and his 1964 Plymouth Savoy Nostalgia Super Stocker provides the needed outlet. He now resides with a Boston Terrier horde and his wife Sherry in Port Saint Lucie, Florida.

You have subscribed to alerts for Charles Emery.

You have been added to Charles Emery's favorite list.

You can also sign-up to receive email notifications whenever Charles Emery releases a new book.