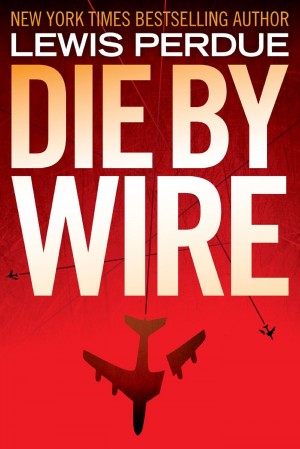 By Lewis Perdue
Die By Wire: Truth or Fiction? Yes.

When guardian sniper Mira Longbow arrives in Amsterdam to take out the head of a global child-smuggling ring, she quickly stumbles across a diabolically creative, high-tech jihad that will bring the West to its knees. More
Die By Wire: Truth or Fiction? Yes.

When guardian sniper Mira Longbow arrives in Amsterdam to take out the head of a global child-smuggling ring, she quickly stumbles across a diabolically creative, high-tech jihad that will bring the West to its knees.

Problem is, she also crosses paths with Jackson Day, an unwanted visitor, and would-be lover from her turbulent past in Iraq. Day is a deadly effective loner assigned to the Army's Asymmetric Warfare Command whose motto (and his) is "Never Fight Fair."
So, when Day shows up to enlist her gift for languages to decipher a tangle of voices recorded of a high-level terror meeting at a remote Iranian safe house, she wants nothing to do with him or his uneeded distractions from her mission.
But, after the heat of their first encounter, they put aside their simmering differences when it's clear that Khan Nasiri -- the same wealthy shipping tycoon behind the child bride smuggling operation -- is a terror mastermind who has discovered that every modern fly-by-wire passenger aircraft is a disaster waiting to fall out of the sky.
And Nasiri intends to demonstrate to the world just how easily fly-by-wire can become die-by-wire. Cyber-jihad everywhere, anywhere. Death on demand.
The countdown begins.
And they are the only two people on the planet who can stop it in time.
Die By Wire -- inspired by the real-life story of women snipers who protect innocents in war-torn regions -- brings together a heart-thumping, clock-racing thriller that also tells the shocking true story of the global exploitation of young girls whose plight has been excused by worldwide law enforcement as an acceptable cultural practice.

New York Times best-selling author Lewis Perdue’s twenty-one published books have sold more than 4 million copies and have been translated into every major language in the world along with more than a dozen other tongues.

Lew’s plots grow out of a scientific education, investigative reporting of prominent crimes and felonies in Congress and the White House. He currently performs a variety of services for a private global intelligence firm and a major U.S. law enforcement agency. He also edits Wine Industry Insight.

Perdue studied physics and biology in college and usually works those into his books. He received his B.S. (1972) with distinction from Cornell University.

He has served on the faculties at UCLA and Cornell University, founded four companies including two technology firms, a wine company and a magazine, and been a top aide to a U.S. Senator and a state governor.

He has also run political races for Congress, worked as a Washington (D.C) correspondent (Ottaway/Dow-Jones, States News Service), a columnist for Gannett, The Wall Street Journal Online, CBS Marketwatch and TheStreet.Com, and a book reviewer for Barron’s.

You have subscribed to alerts for Lewis Perdue.

You have been added to Lewis Perdue's favorite list.

You can also sign-up to receive email notifications whenever Lewis Perdue releases a new book.