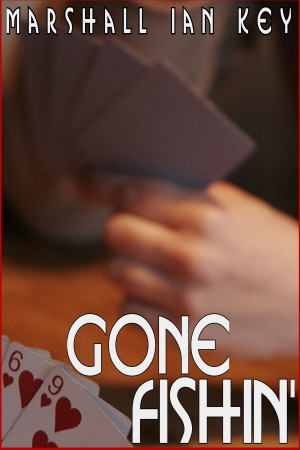 Marshall Ian Key, who also goes by the alias Marsh Alien in order to avoid certain creditors related to the gaming industry, is a writer of comic romances. Some of them occasionally contain sexual material. Not so frequently that you would actually want to read them for that purpose, but often enough they you might not want your thirteen-year-old reading them at all. Up to you, though. Mr. Key worked as an organ grinder, an itinerant peddler, and a fishmonger before finally discovering a career suited to the present century. He currently resides outside a large Eastern metropolis in the United States. He enjoys skiing, fishing and white water canoeing. He can’t actually do any of them; he just likes the idea of them.

The kicker is that this story was SO good, I didn't miss the lack of hot and sweaty sex!

I liked this story. It was believable. Nice that the "good" girl got the gorgeous guy.

I absolutley loved this book,its was sooo good!!

Just an update that Mother enjoyed the book, too!

(review of free book)
ScrappyT reviewed on July 4, 2011
(no rating)
Too cute! Just the right blend of comedy and romance to keep me entertained and not too raunchy for me to buy a copy for my 73 year old mother!

You have subscribed to alerts for Marshall Ian Key.

You have been added to Marshall Ian Key's favorite list.

You can also sign-up to receive email notifications whenever Marshall Ian Key releases a new book.