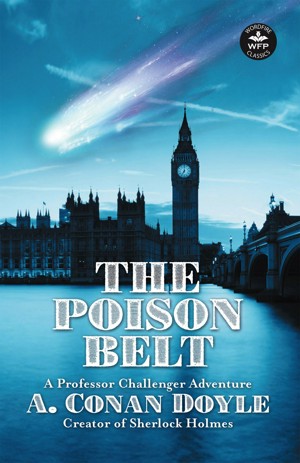 Arthur Conan Doyle was born in Edinburgh, Scotland, in 1859. It was between 1876 and 1881, while studying medicine at the University of Edinburgh, that he began writing short stories, and his first piece was published in Chambers's Edinburgh Journal before he was 20. In 1887, Conan Doyle's first significant work, A Study in Scarlet, appeared in Beeton's Christmas Annual. It featured the first appearance of detective Sherlock Holmes, the protagonist who was to eventually make Conan Doyle's reputation. A prolific writer, Conan Doyle continued to produce a range of fictional works over the following years.

Reviews of The Poison Belt by Sir Arthur Conan Doyle

Would you like to favorite Sir Arthur Conan Doyle?

You have been added to Sir Arthur Conan Doyle's favorite list.