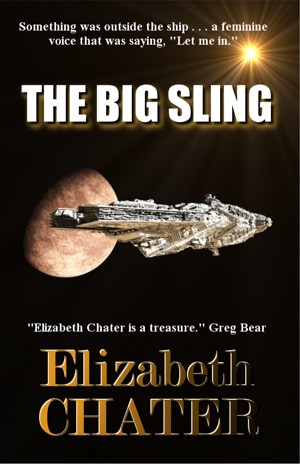 By Elizabeth Chater
Rated 4.00/5 based on 1 reviews
After being falsely accused of murder, Captain Mark Rand sets out to bring down his accuser, the wealthiest and most corrupt man in the solar system.

Fans of Joss Whedon's FIREFLY and S.A. Corey's LEVIATHAN WAKES will love this. More
On a routine flight from Earth to Mars, Captain Mark Rand discovers an attempt to smuggle drugged women in a cargo container. He and the ship's Factor are brought before the Controller. Soon after, the Factor winds up dead—and Captain Rand is falsely accused. But Captain Rand knows exactly who killed the Factor. It is the same man who poisoned his brother, sending him into a coma. It's the yellowed-eyed mutant, the Controller of Inter-Planetary Enterprises, the greedy bastard who owns most of the solar system and won't stop until he owns it all. His name is Victor Holm, and he's the reason why revenge burns inside Captain Rand's heart. He's also the man who's about to find out why Captain Rand is nicknamed "Killer."

Fans of Joss Whedon's FIREFLY and S.A. Corey's LEVIATHAN WAKES will love this.

Elizabeth Chater was the author of more than 24 novels and countless short stories. She received a B.A. from the University of British Columbia and an M.A. from San Diego State University, and joined the faculty of the latter in 1963 where she began a lifelong friendship with science fiction author Greg Bear. She was honored with The Distinguished Teacher award in 1969, and was awarded Outstanding Professor of the Year in 1977. After receiving her Professor Emeritus, she embarked on a new career as a novelist with Richard Curtis as her agent. In the 1950s and 60s she published short stories in Fantastic Universe Magazine and The Saint Mystery Magazine, and she won the Publisher's Weekly short story contest in 1975. She went on to publish 22 romance novels over an 8 year period. She also wrote under the pen names Lee Chater, Lee Chaytor, and Lisa Moore. For more information, please visit http://www.elizabethchater.com.

I love science fiction books and this one didn't disappoint. Definitely a recommend and I thank you for sharing it with me.

You have subscribed to alerts for Elizabeth Chater.

You have been added to Elizabeth Chater's favorite list.

You can also sign-up to receive email notifications whenever Elizabeth Chater releases a new book.