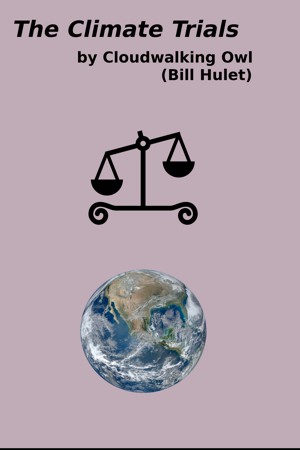 By Bill Hulet
The world is moving towards destruction! A shadowy organization recruits a hero to save the day! The reader learns something about how the world really works! Entertaining? Yes! Informative? Yes! Inspirational? Yes, again! More
This is a novella in the emerging "Cli-Fi" (Climate Fiction) genre. It follows the experience of an activist by the name of Mikhail Bookchin as he is recruited by a shadowy group called "The Elders", who use him to push public opinion in a positive direction. The author draws upon a lifetime of experience both as a spiritual seeker and a climate activist.
Available ebook formats: epub mobi pdf lrf pdb txt html
First 20% Sample: epub mobi (Kindle) lrf more Online Reader
pdb
Price: $5.00 USD
Buy Add to Library Give as a Gift
How gifting works
Create Widget
Tags: adventure spirituality clifi climate fiction daoist fiction
About Bill Hulet

Bill Hulet has spent a great deal of his life working on environmental and social justice issues. These have included organizing a rent strike, bioregional conferences, a local currency system, a slate of candidates for local municipal elections, organizing for the Green Parties of Ontario and Canada, suing Walmart, and many other projects.

At the same time, Bill has also pursued a spiritual path. He has studied under a wide range of religious teachers including Jesuits, Buddhist monks and Daoist priests. He also has a Master's degree in Western philosophy. He has also been initiated into a Daoist lineage.

As a writer, he published a weekly column on various issues in "The Guelph Mercury" and various free lance op-eds in various newspapers such as the Kitchener Waterloo Record and the Elmira Independent.

At the same time he pursued all these interests he also worked at the University of Guelph Library as a porter in the Facilities Services Department of the Chief Information Officer. He lives in a 100 year old house that has been gutted and retrofitted into a modern, energy efficient building, much of which he did himself. He is married to Michelle Harrison, who lives in St. Louis Missouri. 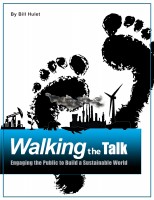 Reviews of The Climate Trials by Bill Hulet

You have subscribed to Smashwords Alerts new release notifications for Bill Hulet.

You have been added to Bill Hulet's favorite list.

You can also sign-up to receive email notifications whenever Bill Hulet releases a new book.