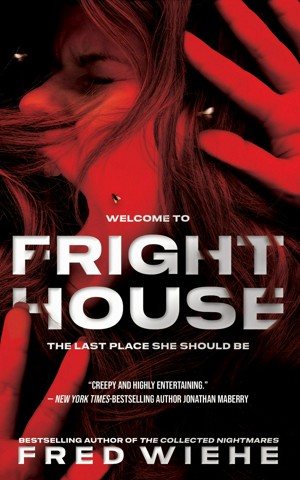 Penny Winters can see ghosts. Or she’s insane. Desperate and on the run, she lucks into a job at Fright House. But a one time insane asylum turned Halloween attraction is the last place she should be. Workers start disappearing. The walls move. And Penny's past comes back to haunt her as Fright House's tormented spirits awaken.

Tory Jackson is obsessed with hunting ghosts. So when he and his ragtag team of Paranormal Scene Investigators are brought in to cleanse the old asylum of evil, it may finally be his chance to prove ghosts exist. But the evil within Fright House has plans of its own, and as the night devolves into chaos and terror, Penny and Tory will learn that the line between the living and the dead is one slice of a scalpel.
Available ebook formats: epub mobi pdf lrf pdb txt html
First 15% Sample: epub mobi (Kindle) lrf more Online Reader
pdb
Price: $3.98 USD
Buy Add to Library Give as a Gift
How gifting works
Create Widget
Tags: halloween suspense ghosts paranormal thrillers supernatural monsters haunted undead ghost hunters
About Fred Wiehe