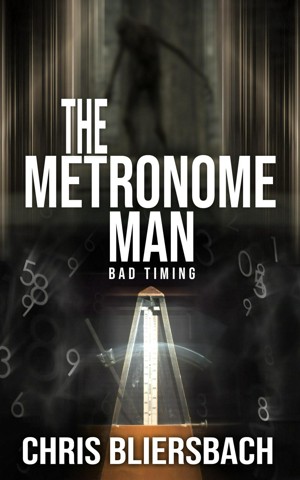 Liu, a young Asian woman, had one of those days where everything went wrong. Which included missing her usual morning run tethered to Rebel, her beloved German Shepherd. Despite the day’s events and the setting sun, she had to get her run in. Unfortunately, she chose the park’s lower trail, ensuring her misfortunes weren’t over.

Liu was just one of many health-conscious people who frequented Regency Park. Sadly, she was also one of several individuals that attracted the attention of the Metronome Man. Not because of her race, her gender, her youth, her looks, or her canine companion. No, she was running at the wrong tempo. A sacrilege that the Metronome Man could not abide.

Most of the time, he could look past those who ran with reckless abandon. But just like clockwork, there came a time when the Metronome Man needed to take matters into his own hands. And this time, Liu was that unlucky soul. She would get her run in, but it would be more than she had ever bargained for. Lending new meaning to running out of time.

The Metronome Man: Bad Timing is a serial killer thriller. Where a healthy run through the park could be the worst decision you ever made.

Chris Bliersbach is originally from Minnesota but now thaws out in Nevada. In 2019, after 38 years in healthcare, he pursued his dream of becoming a writer. He has since published 15 books, primarily in four thriller series.

The Table for Four series is a medical thriller about a blockbuster cure for Alzheimer's that has ominous and unforeseen consequences. Books in this series include Table for Four, Dying to Recall, and Memory's Hope. A portion of the profits from this series are donated to the Alzheimer's Foundation of America.

The Aja Minor series is a psychic crime thriller about a teenager who discovers she has unique powers, earning her an invitation to join the FBI to bring sexual predators to justice. Books in this series include Aja Minor: Gifted or Cursed, Aja Minor: Fountain of Youth, Aja Minor: Predatorville, and Aja Minor: Spider's Web. The fifth book in this series, Aja Minor: Shanghaied, is scheduled for publication in Spring 2023. A portion of the profits from this series are donated to the National Center for Missing and Exploited Children.

The Slaughter Minnesota Horror series is an occult thriller about a vengeful old lady terrorizing a Northern Minnesota town. Books in this series include Old Lady Ketchel's Revenge, Hagatha Ketchel Unhinged, and Hagatha's Century of Terror.

He has also published a standalone inspirational romance novel Loving You From My Grave, and two poetry books, Little Bird on My Balcony and Adilynn's Lullaby.

About the Series: The Metronome Man

Also in Series: The Metronome Man

You have subscribed to Smashwords Alerts new release notifications for Chris Bliersbach.

You have been added to Chris Bliersbach's favorite list.

You can also sign-up to receive email notifications whenever Chris Bliersbach releases a new book.