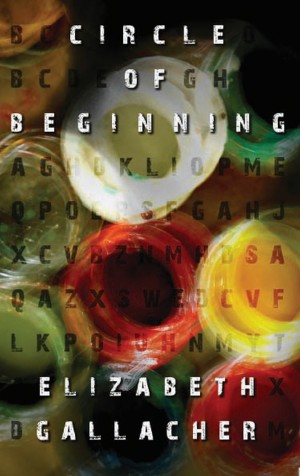 By Elizabeth Gallagher
The Circle of Beginning is a murder mystery that delves into the lives of six people who survived the second world war only to have their fears reawakened by a young American FBI agent almost nine years later. He is on the trail of a simple solution to a murder while each of them is convinced that something unfinished from the war has surfaced.
Available ebook formats: epub mobi pdf rtf lrf pdb txt html
First 20% Sample: epub mobi (Kindle) lrf more Online Reader
pdb
Price: $3.99 USD
Buy Add to Library Give as a Gift
How gifting works
Create Widget
Tags: fbi mystery wwii holland
About Elizabeth Gallagher

Elizabeth Gallagher was raised on Vancouver Island in British Columbia. She was educated at the University of Victoria. She lived in England for many years and worked in London for M.I.T, Harvard and Pluto Press. She and a crew sailed her own boat across the Atlantic from the UK to West Indies where she lived on the boat for several seasons. She now lives on Vancouver Island. She runs her own small independent press and writes whenever time permits.

Reviews of Circle of Beginning by Elizabeth Gallagher

You have subscribed to alerts for Elizabeth Gallagher.

You have been added to Elizabeth Gallagher's favorite list.

You can also sign-up to receive email notifications whenever Elizabeth Gallagher releases a new book.