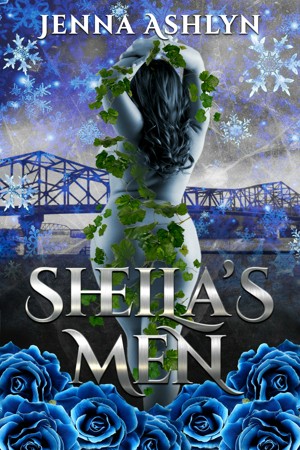 By Jenna Ashlyn
Sheila's Men is a fictionalized account of one woman’s real-life struggle to escape abusive relationships and is intended, in part, to help others recognize and escape such relationships. More
SHEILA’S MEN is a dark modern fairy tale that follows the life of Sheila, a naïve romantic living in poverty who blindly marries a man in the hopes of providing a better life for herself and her daughter. Soon after marrying, her husband increasingly subjects her to emotional, physical, and sexual abuse. And since he refuses to get a job, Sheila begins working long hours far from home and encounters a seemingly endless onslaught from other manipulative and abusive men. Growing increasingly overworked, distanced from her beloved daughter, and frustrated with the manipulative and abusive men inside and outside her home, Sheila prepares to end her life. If there is a prince charming who understands her worth, he must inspire her to believe in herself soon. (Based on a true story.)

WARNING: Sheila's Men is a fictionalized account of one woman’s real-life struggle to escape abusive relationships and is intended, in part, to help others recognize and escape such relationships. As such, this book necessarily contains language and scenarios related to self-harm, suicide, and abuse (emotional, physical, sexual, and financial) that might be triggering for some audiences. Reader discretion is advised.
Available ebook formats: epub
First 20% Sample: epub
Price: $3.99 USD
Buy Add to Library Give as a Gift
How gifting works
Create Widget
Tags: sexual abuse domestic violence divorce emotional abuse physical abuse domestic abuse abusive relationship toxic relationship abusive spouse abuse in marriage
About Jenna Ashlyn

JENNA ASHLYN is a volunteer for Southern Ohio’s Survivor Advocacy Outreach Program, providing support and services to victims of abuse. She studied creative writing at both the University of Rio Grande and Marshall University, where she worked for the campus literary magazine Et Cetera. Jenna’s writing has appeared in numerous literary magazines, including Night Roses, The Atwood Review, and Poet’s Choice. In 2015, she won the overall writing award in the StarJewel Nationals and Talent Showcase arts contest, and in 2019, she was nominated for a Maier Award, which celebrates the best writing by Marshall University students. In 2020, Jenna released her debut novel, Within the Gray.

You have subscribed to Smashwords Alerts new release notifications for Jenna Ashlyn.

You have been added to Jenna Ashlyn's favorite list.

You can also sign-up to receive email notifications whenever Jenna Ashlyn releases a new book.