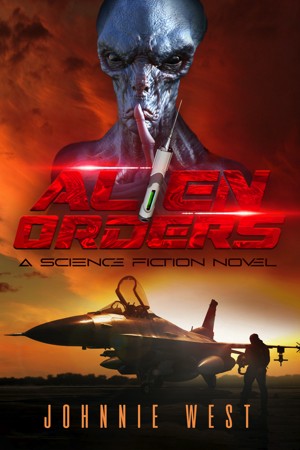 By Johnnie West
An Air Force pilot's investigation into local UFO sightings snowballs from innocent research into revelations of a covert war between humans and aliens and a full-blown government conspiracy and coverup... More
Do you know the four types of aliens that have hidden themselves amongst governments and armed services throughout the world? No? Well, neither did Air Force Captain Scott Ryan until one night when he encountered a UFO while flying a training mission and was ordered by his superiors to forget what he saw. When Scott learns that airmen at his base had been experiencing the same thing he did for years, he ignores the order and begins digging deeper.

Scott’s investigation quickly snowballs from innocent research into revelations of a covert war between humans and aliens and a full-blown government conspiracy and coverup. With a group of aliens known as the “Naturals” going extinct, they are creating more and more alien/human “Hybrids” to ensure their survival—a process that threatens human free will and existence. With the survival of both humans and aliens at stake, Captain Ryan suddenly becomes the only man with enough knowledge to stop the Naturals or . . . to join them?

JOHNNIE WEST grew up in Salt Lake City, Utah, where he joined the Army, later retiring in 2015. During his time in the Army, Johnnie was awarded the Bronze Star and numerous other awards for his role during tours in Iraq and Afghanistan and as an Intelligence Analyst for Sapper Company, a unit of combat-focused engineers. He currently lives in Utah with his wife, whom he married in 1991, and he has four children and five grandchildren. Johnnie enjoys traveling with his wife, visiting Las Vegas, and going on cruises. He also enjoys writing, having begun writing his debut sci-fi novel, Alien Orders, in early 2021 and obsessing over it until it was complete. He has been fascinated by alien stories his entire life and always hoped to see a UFO.

You have subscribed to Smashwords Alerts new release notifications for Johnnie West.

You have been added to Johnnie West's favorite list.

You can also sign-up to receive email notifications whenever Johnnie West releases a new book.