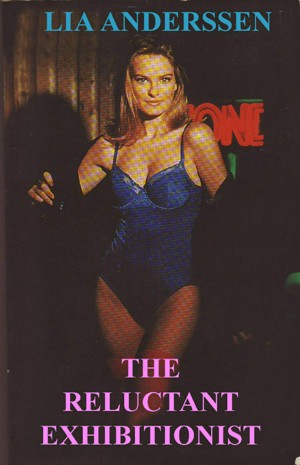 Rated 3.00/5 based on 1 review
Miranda Cousins is a young beauty whose job finds her unexpectedly in a seedy nightclub where her duties go beyond merely stripping for the customers. As she finds herself drawn into this world of sexual gratification her own latent exhibitionism and masochism come to the fore. More
Miranda Cousins is a young beauty at the top of her career, running displays and exhibitions for major companies. Imagine her surprise when a very important customer hires her to cover his opening of upmarket strip clubs.

Miranda soon finds herself learning the ropes in a seedy nightclub where her duties go beyond merely stripping for the customers. As she finds herself drawn into this world of sexual gratification her own latent exhibitionism and masochism come to the fore.

She has an enemy though, a fellow executive Loder who will do anything to ruin her career. Together she and her bisexual assistant Paula use their guile, their lovely bodies and their shameless displays to try to win the day.
Available ebook formats: epub mobi pdf lrf pdb txt html
First 5% Sample: epub mobi (Kindle) lrf more Online Reader
pdb
Price: $7.95 USD
Buy Add to Library Give as a Gift
How gifting works
Create Widget
Tags: seduction exhibitionism outdoor sex stripping public humiliation cmnf public exposure

Reviews of The Reluctant Exhibitionist by Lia Anderssen

I was excited when I read that this story had both a protagonist and an antagonist. Most of Lia Anderssen's books feature female protagonists brought down by the own natures, so a woman brought down by Machiavellian scheming would be new.

Alas, though the book introduces the idea of an antagonist, it abandons the idea of a protagonist. Instead, we have a series of female POV stories from different women's (and a few men's) perspectives, loosely tied together into a bigger story.

The lack of an actual protagonist is the book's main fault. It is well-written with a number of hot scenes, but just never comes together and has an extremely limp ending.

You have subscribed to Smashwords Alerts new release notifications for Lia Anderssen.

You have been added to Lia Anderssen's favorite list.

You can also sign-up to receive email notifications whenever Lia Anderssen releases a new book.