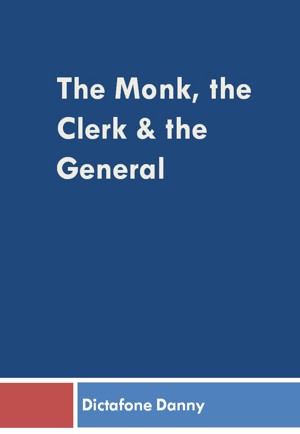 The Monk, the Clerk and the General

Some useful background information from the BBC.

A popular uprising was forcibly crushed in 1988 and mass demonstrations were not seen again until 2007, when a small string of protests about living standards gained momentum among a public normally too cowed to voice any dissent.

Burma has been under military rule since 1962; the regime stifles almost all dissent. The first elections for 20 years were held in November 2010.

Former general Thein Sein was sworn into office in March 2011, officially launching a nominally civilian government to replace almost 50 years of military rule. He succeeded Senior General Than Shwe, who had been paramount leader since 1992, as the new head of state.

Dictafone Danny is a man with a dictafone. He speaks into it and then writes down the words, hoping to make sense. He lives in Europe, mainly in the UK but has been known to travel. He sometimes reads his work aloud but not always. He likes wine and yoga, meditation and rugby as well as jogging but never does any of these things at the same time - it would be dangerous, very dangerous.

He has no schedule or business plan and hopes to die peacefully in his bed with a carrot stuck up his arse. He thinks he might release some more work sometime soon ... but then again he may not. 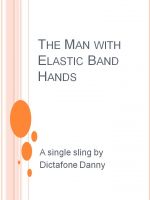 You have subscribed to alerts for Dictafone Danny.

You have been added to Dictafone Danny's favorite list.

You can also sign-up to receive email notifications whenever Dictafone Danny releases a new book.