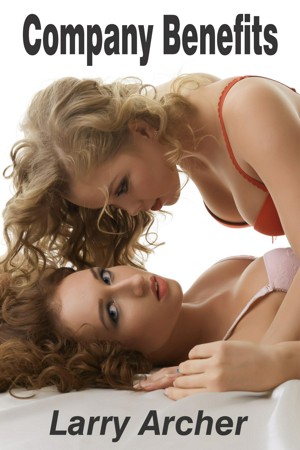 "Smut with a plot," is how Larry describes his erotica, which he categorizes as Romantic Erotica, with the emphasis on nonstop Erotica. Written in Larry's humorous style, the stories reflect the positive aspects of their experiences, never with fighting as often seen in other swinger stories.

Stories always include graphic descriptions of the sex to help you fully enjoy the action taking place. None of this "they had sex" shit but well-written descriptions of every detail, leaving nothing to the imagination.

Larry's stories are all HEA (Happily Ever After) except for the times when Foxy puts on her bustier, thigh high leather boots, and grabs her whip. When she has to discipline her slaves, it is always done in a light hearted fashion that will leave you salivating like one of Pavlov's dogs over the pain as the cat-of-9 raises welts across your submissive ass!

As one of Larry Archer's readers commented:
"One word... HOT!!! This was a very well written story. Not your typical shirt sleeve sex story. The story was long enough to keep you engaged and hot enough to make you sweat. I had to stop reading it a couple of times in public because I found myself getting too turned on. Do yourself a favor and either read it in private or have somebody there whom you can make love to because you will get excited. Good work Larry!"

Larry and his wife Foxy have been in the Lifestyle (swinging) for some years, and it has always been a lot of fun for them. He often bases stories upon the situations they've seen, with the names changed to protect the guilty, of course.

Writing adult-themed (erotica) based upon Lifestyle events they've been in is a natural starting point for his erotica. Larry has a vivid imagination and finds it easy to start with a scenario and develop that into a full story. The Archer's travel a lot and have met numerous couples across the country, which provides them with more fodder for his tales.

Meanwhile, Jane receives an unexpected visit from Richie and Randi, a sexy couple of pool attendants sent by the company’s Spousal Support Services division. Reggie’s company wants to make sure that spouses don’t feel neglected while their executive husbands fly off to make million dollar deals. Between Richie’s enormous cock and Randi’s agile tongue, Jane gets plenty of attention. Indeed, she’s a bit surprised by her lustful responsiveness, but she figures this is going to help her husband concentrate on his job.

Reggie flies off to Buffalo in the company to finalize a huge order for snow plows. The assignment requires him to seduce the controller who’ll sign the check. This proves to be remarkably easy; Connie’s an attractive divorcée who despite her conservative appearance turns out to be a tiger in bed. Indeed, she decides to accompany Reggie back to his home, so that she can meet and have sex with Jane.

Everyone gets what they want. Concerns about infidelity fly out the window as both Reggie and Jane discover that the joys of recreational sex only strengthen their matrimonial bond. And we know that Reggie is going to be a huge success at his new job. After all, satisfied employees are productive employees!

You have subscribed to alerts for Larry Archer.

You have been added to Larry Archer's favorite list.

You can also sign-up to receive email notifications whenever Larry Archer releases a new book.