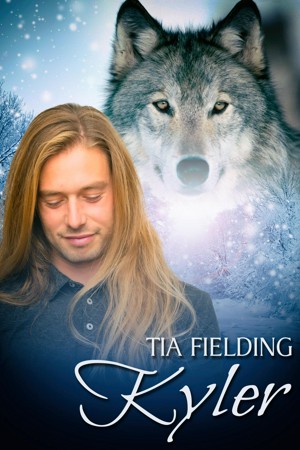 When Kyler’s life went from bad to worse, he aimed his hatred toward the wrong source: Arran, and he made mistakes that are hard to bear. Stefan was meant to be Alpha, but he was too young when his mother died. Now, his brother Marek reluctantly leads the pack with his mate, Arran. As Kyler and Stefan collide, a bond flares to life. Can they overcome the past and eventually, lead the pack? More
Sequel to Arran

Kyler grew up in a bad place and then in foster care, which was almost worse. All his anger, which should’ve been aimed at his parents, ended up being concentrated on Arran instead. Trauma responses aren’t always the smartest, and Kyler went the worst way possible trying to get to the man he believed had ruined his life.

While checking up on his latest attempt at getting Arran’s attention, he gets bowled over by Stefan, the Alpha’s brother. In an instant, there’s a connection even Kyler, a human, can’t deny. Kyler was taught to hate wolves and all they represent. Now, he’s the mate of one?

Stefan, an alpha wolf too young to take on the pack’s Alpha power when his mother passed away, has struggled since his teens. He’s been the best beta to his brother he’d been able to with his broken body. A broken body that has just begun to heal against all odds. When his shift bursts out of him in the face of danger, he doesn’t know it yet: he’s found his mate.

Now there’s a not-so-little decision Stefan and Kyler need to make: Do they want to take the burden of being an Alpha off Marek’s shoulders and be the new Alpha pair of their pack? But their mate bond hasn’t been completed. Are they ready to take their relationship to a physical level?
Available ebook formats: epub mobi pdf lrf pdb txt html
First 15% Sample: epub mobi (Kindle) lrf more Online Reader
pdb
Price: $2.99 USD
Buy Add to Library Give as a Gift
How gifting works
Create Widget
Tags: gay
About Tia Fielding

Tia Fielding lives in a peaceful little town in a small country in northern Europe. She loves nature, her horses, cats, and even the yappy little thing that occasionally gets called a dog. Tia learned to read before she went to school at the age six and began writing as soon as she figured she had stories to tell around the mature age of seven. Stories about horses, adventures, and ghosts might have turned into hot GLBTQ-romance, but she still has a wicked imagination and, hopefully, more stories to tell.

Reviews of Kyler by Tia Fielding

You have subscribed to Smashwords Alerts new release notifications for Tia Fielding.

You have been added to Tia Fielding's favorite list.

You can also sign-up to receive email notifications whenever Tia Fielding releases a new book.