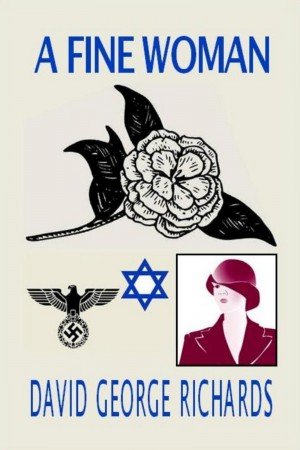 By David George Richards
Rated 4.33/5 based on 6 reviews
Will Captain Taylor find the woman he loves in post war France? And does she want to be found? And could the once traitor, spy, smuggler and Countess now really be a Nun? More
Countess Helga Burbeck was German, rich, spoilt and as arrogant and bossy as hell. To her, the war was nothing more than an inconvenience on her shopping trips to Berlin. But when she is walking her dogs, Tirpitz and Bismarck, on the far side of her estate, she discovers something that changes her life forever.

Obersturmführer Meyer is an SS officer who works in the camp close to the Burbeck estate. He despises those in his charge and considers them to be no more than animals for the slaughter. But the arrogant Countess with a father who is a General in the Wehrmacht in Berlin was rapidly becoming a bigger nuisance than the smell from the burial pits.

Helga’s discovery of Jewish children hiding on her estate leads her to investigate the nearby camp. What she finds there shocks her to the soul. She decides to take the children to France and somehow to safety. It begins as a self-destructive whim borne on the bitterness and anger of her discovery, but slowly and surely Helga is drawn inexorably down the path to smuggling and eventually, spying. She engages Jacob, one of the children, to help in her plans. And soon she is embroiled with the French Resistance. But her continued trips across occupied Europe to the South of France with “children from her estate” soon attract even more attention from Obersturmführer Meyer. It isn’t long before both know exactly what the other is doing; it becomes a game, but a game that will lead to final bloodshed in a French forest.

Captain Taylor of the US Army has met Helga only once. But that meeting and everything he learns about her afterwards plants a seed of love that won’t stop growing. But Helga isn't easy to find once lost. And when Captain Taylor visits a Convent in the Southern French resort of Antibes in 1948 he soon finds out that the end of the war isn’t the end of the story. But what connects a German Countess in the war with a Catholic Nun in Cyprus in 1946? And will Captain Taylor finally track her down?
Download: epub mobi (Kindle) pdf more Online Reader
rtf lrf pdb txt
Price: Free! USD
Add to Library
Create Widget
Tags: romance love women france world war 2 antibes
About David George Richards

A short but good read, alone flyingdreamsdid a fine dpreview and I agree .

I enjoyed the story although I would have liked to know any of the main characters better.

The book would have been quite a good read for me if I had not set my bars so high. But then, it is not entirely my fault. I was smitten by Countess Helga Burbeck , the bossy aristocratically lady. As the blurb of the book says, to her, the war was nothing more than an inconvenience on her shopping trips to Berlin. Her first introduction to the horrors of the war was skilfully portrayed. She starts smuggling children off to Paris. Everyone knows about it. She makes little attempt to do it in dark. Now the SS knows that she is smuggling kids. She knows that SS knows. She has immunity provided by her father, placed in one of the highest posts in military. Now, with a killer setting like this, is it my fault that my expectations were sky high?

But the book does precious little in developing the characters. Especially the gold mine called Helga Burbeck. And relations. Between countess and her ward and partner in crime Jacob, a Jewish boy. Between Obersturmführer Meyer, the SS officer and her. Instead book proceeds like it was a commentary of her life. Only events were important. Not emotions.

This treatment gives an odd movie like quality to the book. Fast paced and to the point. This is not the way I like my books. But that does not mean that I did not enjoy the action packed sequences towards the end. And the little bit of drama that is inserted as an anti climax.

Yes I did enjoy the book. Only thing is I think it could have been much much better

David George Richards has created a wonderful character in Helga Burbeck, a German countess who risks her life by smuggling Jews out of Germany during WWII. The pace is fast as you are swept into Helga’s life and the dire situations she finds herself in. You will also meet Captain Taylor who loves Helga and searches for her after the war. This is a superb and gripping novella. I thoroughly enjoyed it.

I very much enjoyed reading this historical novella about a well-connected German countess who risks her life to save jews from the holocaust. It is told over two time lines - the first narrator is an american soldier who has fallen in love with the countess, and takes place a few years after the events; the second time line occurs during World War II. The story is exciting and gripping, with likeable believable characters. At times I was on the edge of my seat reading this.

An unexpected gem found via the blog of author Jill Paterson. Well written with a good pace, the author describes the life of a strong, well-educated and provided for German lady who, after realizing what her country is doing, starts to help the Jewish people escape from the concentration camps. Her life and sacrifices, her impossible character and her cleverness, her love and ethics, will ask from you: what would you have done?