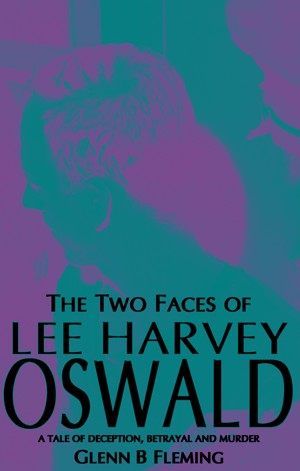 Glenn B Fleming was born in Manchester, England and has spent the last thirty years researching this book. In 1973, a chance encounter with a magazine article and several conversations led him to begin research into the assassination of President John F Kennedy. Though the trail was by then ten years old, Fleming‘s meticulous research led him to conclude that Lee Harvey Oswald had not played any part in the actual shooting of JFK but may, incredibly, have been infiltrating the group that were planning the murder.
Since publishing a series of articles in the magazine UNDERCOVER in 1993, Fleming has remained silent, although his research continued. The result is ‘The Two Faces of Lee Harvey Oswald‘ - a stunning trip through perhaps the most famous crime of the twentieth century through the eyes of John F. Kennedy‘s alleged assassin.

Learn more about Glenn B Fleming

You have subscribed to alerts for Glenn B Fleming.

You have been added to Glenn B Fleming's favorite list.

You can also sign-up to receive email notifications whenever Glenn B Fleming releases a new book.