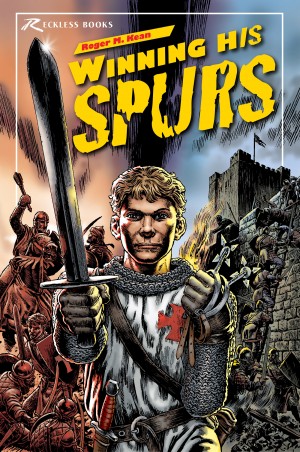 By Roger Kean
1191: In a clash of two faiths, a boy knight destined to be a hero…Cuthbert, hungry for adventure and glory, joins King Richard on his way to free Jerusalem from the Saracens. Even before reaching their goal the Crusaders are torn by jealousy and intrigue. Cuthbert finds that chivalry and honour are little valued as he faces desperate obstacles to his quest for knighthood and his own castle.

Winning His Spurs
A short trailer