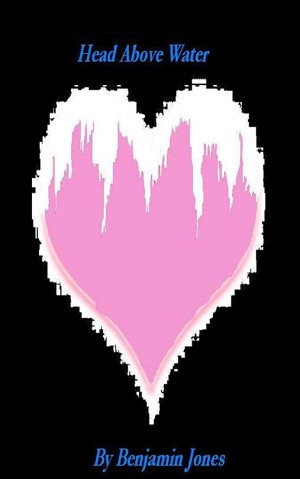 Rated 3.67/5 based on 3 reviews
A chance encounter leads to a forbidden love. Determined to be together but fated to be apart, Head Above Water asks how much you would be willing to sacrifice for love? More
A self described adult fairy tale, Head Above Water is the tale of a man named Darryl and a girl named Leena who both work at the same company but work in two different offices a thousand miles apart.

A chance meeting sparks a fire in the both of them but circumstances prevent them from being together. Through the course of their lives they find it hard to remain apart and, though they are fated to be apart, they remain determined to be together.

Who am I? My name is Benjamin Jones and I'm what's known as an independent (for the time being) author who is working tirelessly to make this dream of mine to be the world's greatest writer a reality (right now I'm simply the greatest writer that 99.99998% of the world hasn't heard of but I'm working to get that percentage a little lower).

All jokes aside, I'm a person who has a family (wife, kids, dog, cat, all that good stuff) who works a 9-5 (actually a 7-4) job by day and writes whenever he can find the time. My goal in life is to be a writer and it's something that I take VERY seriously. Not having an agent at the moment I spend all my time either writing, promoting myself on Twitter/Facebook/Goodreads.com/etc...., or thinking of ways to get myself noticed by people.

I'm been writing for a LONG time, probably a little more than half of the soon to be 34 years that I've been alive and only now are things really starting to show promise and I feel that the ball is starting to roll. My goal as a writer is to entertain my audience and to know that, once they have spent the money and time to purchase and read my book, that they will have felt it was money and time well spent. 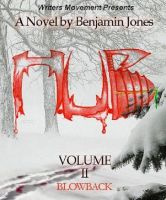 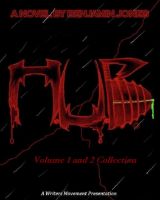 Reviews of Head Above Water by Benjamin Jones

A love story with an uncoventional ending makes this a very unique read. The characters are really brought to life with depth and richness. Where they begin is not where they end up and you are lead through a series of extra ordinary events along with alot of emotion both sad and joyful. There were moments that I felt it dragged slightly with a few too many details but otherwise I liked the flow of the story and the author's writing style. 3.5 stars.

(reviewed 8 months after purchase)
Jackie Ingram reviewed on May 18, 2012

(reviewed 23 days after purchase)
Jackie Ingram reviewed on May 17, 2012
(no rating)
This was a very good book! Delightfully refreshing and original!
It is definitely not your typical love story. I could personally relate to Darryl and Leena's struggle with the love they had for each other and their distance apart, having been in a long distance relationship.
I could also personally identify with Leena's being older than Darryl although Darryl seemed much older than his years.
The story has very unexpected twists and turns which almost makes it a love/science-fiction story.
I would recommend this book to my friends and look forward to more work from the author! Two thumbs up!

Wow, well, I don't really know where to begin with this review, except to say that this book is very original and it definitely surprised me in terms of how the story progressed and in terms of the almost experimental styling of the book.
This is not your everyday romance novel. Yes, it contains romance and is written well; the dialogue between the characters is fluid and realistic. All the characters are believable, and one thing this author suceeds in doing where many others fail, is in reminding us that we are all human and all capable of making wrong choices and hurting others inadvertently by our actions.
The two main characters Darryl and Leena are great examples of real people, people who will sometimes act from the heart, without thinking and this sometimes comes across as selfish behaviour; especially in Leena's case.
I have to say that by about half way through the novel I really didn't like Leena. I really didn't care what happened to her and I thought she was a selfish individual who only cared about herself. I felt she was expecting too much of Darryl and wondered why on earth he would bother with her. As the relationship between Leena and Darryl progressed, I also began to feel that Darryl was weak-willed and I was losing interest in him -- whereas in the beginning of the novel, I really liked Darryl, I thought he was almost the perfect man, romantic, sensitive and caring. However, I have to say that I believe the author was totally in control throughout; a puppet master, if you like, for his readers' reactions. I think he wanted us to dislike Leena (and maybe even Darryl), because that is how he then went on to successfully send out his message that ultimately we are all fallable as humans, any one of us could have done something similar to what they did. It is, after all, human nature.
One thing that would have improved the book, for me, would have been to see more of the relationship between Leena and Sam, her long-suffering boyfriend. When she was flirting with Darryl whilst still being attached to Sam, I ended up untimately feeling sorry for Sam. We didn't see much of Sam in the novel, so it was difficult for the reader to know whether or not he was neglecting Leena and pushing her into Darryl's arms. I, personally, would have liked more reasons why Leena felt Sam was not the right man for her. Also, her relationship with her family was odd. They all seemed like lovely people but she despised them, and that made her come across as the bad person. If there had been a bit more background as to why she disliked her parents and sister so much, that would have helped the reader to see things from her point of view.
Similarly, I couldn't help feeling sorry for Gabrielle, Darryl's girlfriend who we are told he 'loved' but she is just swept aside never to be heard of again when he gets his chance with Leena. This made Darryl come across as selfish. There was one point in the novel when I was thinking, 'I don't care about Leena and Darryl and their clandestine affair, what about Sam and Gabrielle?!'
All that aside, the author did redeem the story, and I went from practically loathing the main characters to really enjoying the ensuing story.
The ending and the chapters leading up to the ending, took the book into the paranormal realm, and I must say it was very interesting as well as very unexpected.
I'm not sure I actually 'got' the ending, it all seemed a bit fantastical to me, but I suppose it does become a fantasy tale towards the end, and it makes for an entertaining read.
I would personally love to see this story as a movie in the cinema, it would be perfect for the big screen.

You have subscribed to Smashwords Alerts new release notifications for Benjamin Jones.

You have been added to Benjamin Jones's favorite list.

You can also sign-up to receive email notifications whenever Benjamin Jones releases a new book.