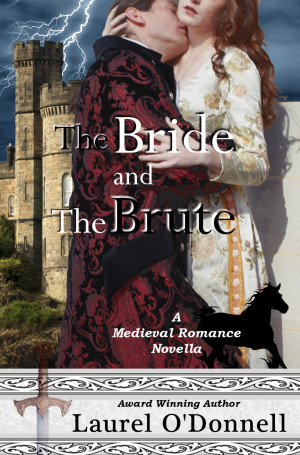 The Bride and the Brute

This is a medieval romance novella.

From the Author:
Hello everyone. Please note that The Bride and the Brute is a romance novella, so it is much shorter than a full length novel. It was written that way on purpose. It is meant to be a "short and sweet" read, as someone has described it, that you can finish in one sitting. If you prefer full length novels, please consider some of my other romance novels. This eBook does contain excerpts and full chapter previews of those books. Thanks for reading!
Download: epub mobi (Kindle) pdf more Online Reader
rtf lrf pdb txt
Price: Free! USD
Add to Library
Create Widget
Tags: romance historical romance medieval romance free ebooks romance novellas free romance medieval historical
About Laurel O'Donnell

Laurel O’Donnell has won numerous awards for her works, including the Holt Medallion for A Knight of Honor, the Happily Ever After contest for The Angel’s Assassin, and the Indiana’s Golden Opportunity contest for Immortal Death. The Angel and the Prince was nominated by the Romance Writers of America for their prestigious Golden Heart award. O’Donnell lives in Illinois with her four cherished children, her beloved husband and her five cats. She finds precious time every day to escape into the medieval world and bring her characters to life in her writing.

Reviews of The Bride and the Brute by Laurel O'Donnell

I enjoyed the book although I don't know when he stopped hating her and started liking her.

I heard one wise man say that if one keeps on thinking about a mistake, unintentionally they will do the mistake. I think in this story, the male lead character is too absorbed about his mother's infidelity due to which his father is dead. And then he is doing the same mistake of bedding others after marriage. Whether consummated or not he is a married man, and sleeping with other is not something which could be taken easily. Especially as he himself is suffering because of his mother's issues he should be able to think about his wife’s feeling. It is kind of projecting negative heroism I feel. If you don't worry much about the lead male character's infidelity issues, then go ahead and read.

Loved the characters & plot but the story itself seemed very abbreviated especially towards the end. Will not put me off other O'Donnell creations.
Of the 222 pages less than half were the actual story the remainder being
advertising for excerpts from her other books but since it was a freebee
no complaints.

I liked the first half. The characters were so vivid and it intrigued me how they would develop. But then the second half became so predictable and overly dramatic. The excerpts of the other books seemed interesting enough, though. I'd skip to those parts instead.

I enjoyed it. I think she does a good job of explaining why Reese would look for love instead of the usual arrangement. A reader always wants more detail in a good book, but a writer has to set some limits. I thought it well told and the relationship that developed between Reese and Jayce was captivating.

I wish I could give this a better review, but I was disappointed in the anachronisms - The medieval setting was inaccurate, and the whole thing seemed like a more modern, say 1800s, story set in the 1300s for the heck of it. The relationship between Morse and Reese was not explained; the role Nicole played in the castle was not developed; and lastly, a man of that time would not have been interested in a love match. He'd have taken a wife for land and heirs, and looked for 'love' with a leman. It was mentioned that Jayce had been reared and trained as a lady of the castle, but none of the skills and abilities were mentioned: did she act as a healer, brewing potions and poultices? Did she direct the servants? Since Nicole did not, apparently, did James act as housekeeper and chatelaine? The taming of the horse was a nice feature, but the bitterness of Morse was too easily dispelled. Maybe if it were better edited/researched, it would be a better story.

You have subscribed to alerts for Laurel O&#039;Donnell.

You have been added to Laurel O&#039;Donnell's favorite list.

You can also sign-up to receive email notifications whenever Laurel O&#039;Donnell releases a new book.