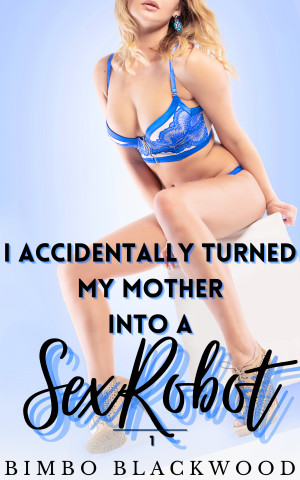 I Accidentally Turned My Mother Into A Sex Robot

'Bimbo Blackwood' is the alter ego and pen name of a bored lady who writes deliciously naughty things in her spare time.

NEWSLETTER LINK: https://bit.ly/3xNFs3B
***For joining, receive a Free steamy short, Part 5 and the finale to my bestselling series: 'I Accidentally Turned My Mother Into A Sex Robot'!

Marked by * means COMPLETE, other stories are ongoing....

About the Series: I Accidentally Turned My Mother Into A Sex Robot

Alex forgot all about ordering two pills off the internet, on a website that claimed: ‘Get your dream girl, tomorrow!’, until his mom finds the drugs and becomes hysterical. Find out what happens after she takes one.... This complete series features: incest, mind control, hypnosis drugging, sexual enslavement, dubcon/noncon, and a happy ending for the MC.

Also in Series: I Accidentally Turned My Mother Into A Sex Robot

You have subscribed to Smashwords Alerts new release notifications for Bimbo Blackwood.

You have been added to Bimbo Blackwood's favorite list.

You can also sign-up to receive email notifications whenever Bimbo Blackwood releases a new book.