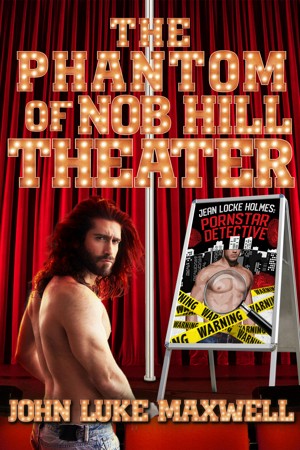 The Phantom of Nob Hill Theatre

John Luke Maxwell grew up in the woods, a place that prides itself to this day on having no cable or high-speed Internet access. Therefore, it was only a matter of time before his escape!

His family farmhouse was near the bayous of central Mississippi. Here, John learned about ghosts, witches, and other things that go bump in the night. Despite everyone's best efforts, he is more comfortable with creatures of the night than plain ol' ordinary 'good Christian folk'.

John lives with his godmother, who is a witch, and their cat, who may or may not have been a dog in a former life. He identifies as a bisexual male, and is currently in a polyamorous relationship with several men, one of whom is also a witch.

In his spare time, when he is not obsessing over his latest idea or worrying about whether or not a plot is coherent enough, John enjoys cooking, nature walks, and working on his 'Dad bod'. He runs a YouTube channel, and would like to become a space pirate one day.

You have subscribed to alerts for John Luke Maxwell.

You have been added to John Luke Maxwell's favorite list.

You can also sign-up to receive email notifications whenever John Luke Maxwell releases a new book.