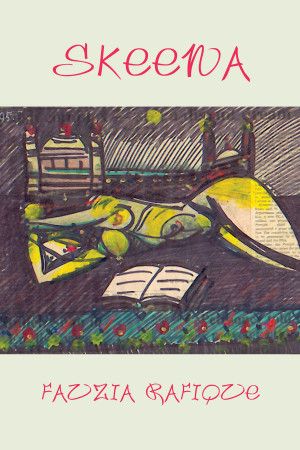 Fauzia Rafique is a South Asian Canadian writer of fiction and poetry. Her English and Punjabi writings have been published in Canada, Pakistan, and on the Web. Print titles include novel 'Skeena' (Punjabi, Lahore 2007) and anthology 'Aurat Durbar' (English, Toronto 1995).

A selection of her English and Punjabi poetry 'Passion-Fruit/Tahnget-Phal' is due to come out in the summer of 2011 from Lahore.

She is a blogger and a web designer, and maintains sites and blogs on violence against women, environment and Punjabi literature and art.

Fauzia worked as a Screenwriter for Pakistan Television, and adapted the first novel of Fyodor Dostoevsky titled 'Poor Folk' (1846) in Punjabi as 'Apay Ranjha Hoi' (14 Episodes, 55 minutes each, PTV Lahore 1976), and Altaf Fatima's Urdu novel 'Dastak Na Do' (13 Episodes, 25 minutes each, PTV Lahore, 1975). She also wrote an original play on the profile of a Rag Picker (55 minutes, PTV Quetta, 1985).

A Gurumukhi edition of 'Skeena' by Tarlochan Publishers, Chandigarh, India, will be out in the spring of 2011.

Reviews of Skeena by Fauzia Rafique

You have subscribed to Smashwords Alerts new release notifications for Fauzia Rafique.

You have been added to Fauzia Rafique's favorite list.

You can also sign-up to receive email notifications whenever Fauzia Rafique releases a new book.