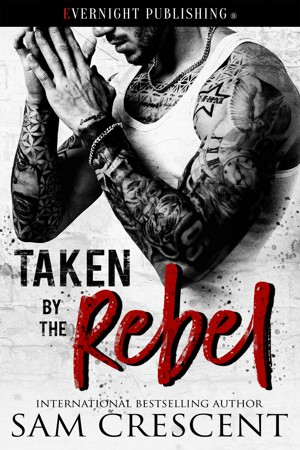 Taken by the Rebel

Blaze has wanted Fay for a long time, and he’s manipulated and worked to get her exactly where he wants her. Now that she realizes what he's capable of, there is no holding back.

She’s had a silly school girl’s crush on him, but she could never act on it. He has other ideas, and he won’t take no for an answer when this fire smolders between them.

He keeps so many secrets, and neither knows what will happen when they tell her best friend.

Reviews of Taken by the Rebel by Sam Crescent

I LOVED it. I gave myself a migraine because I couldn't put it down until I finished it.