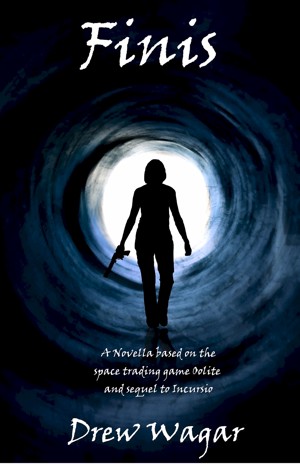 By Drew Wagar
Rated 5.00/5 based on 1 reviews
With the alien menace poised to overthrow the galaxy a lone group of combateers is all that that stands between them and total annihilation. When one of their number is kidnapped by the aliens and their plans thwarted, the group must decide whether to mount a rescue and risk losing the war, or sacrifice her for the greater good of humankind…

Drew Wagar was born in Canada in 1970, but has lived in the UK since 1972. He was educated at the university of Brighton where he studied Computer Science.

Drew published his first novel, Torn, in 2011 and followed this up with contributions to Fusion in 2012.

Drew ran a controversial but highly successful ‘Kickstarter’ in late 2012 allowing him to write one of the official novels set in the universe of Elite:Dangerous by Frontier Developments.This book, Elite:Reclamation, is now available on Amazon - http://amzn.to/1pjZsUh

I'm not a gamer but this series was exciting. Got sucked right into the action and loved it. A thrilling ride!

You have subscribed to alerts for Drew Wagar.

You have been added to Drew Wagar's favorite list.

You can also sign-up to receive email notifications whenever Drew Wagar releases a new book.