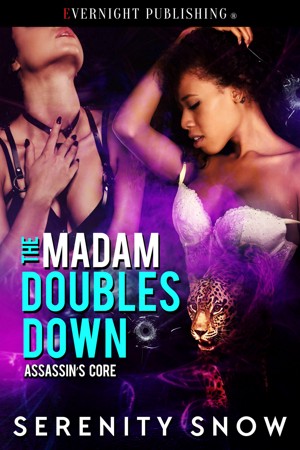 The Madam Doubles Down

At the same time, her family calls on her for aid, but Alexi is facing a fight with the tenacious Nine. Backed into a corner, Alexi makes a choice and comes out swinging. In a fire fight for her life, Alexi calls on old friends to catch her back.

About the Series: Assassin's Core

Reviews of The Madam Doubles Down by Serenity Snow

You have subscribed to alerts for Serenity Snow.

You have been added to Serenity Snow's favorite list.

You can also sign-up to receive email notifications whenever Serenity Snow releases a new book.