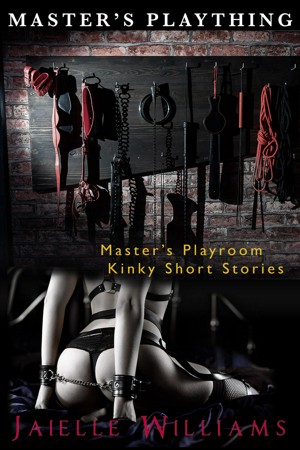 Jaielle Williams promised herself at the age of eleven one day she would see her name on the cover of a book. As a teen, she wrote stories on notebook paper and tucked them away in a drawer. She continued to write through her twenties. At thirty, she enrolled in college part-time and obtained a Bachelor’s and Master's degree of Arts in English, setting aside personal writing until she joined the creative writing program. She vowed if she could achieve her goal of writing fiction in college, she would one day fulfill her dream. Writing once again, she filled notebook after notebook with her ideas and completed five novels. Not satisfied with her attempts she never queried publishers.
In her middle-fifties, the unthinkable happened. She lost the love of her life to a sudden illness. After settling the estate, she moved back to Nashville, her hometown, quit her instructor job, and began editing. She has proofread over five hundred titles, is on her way to editing two hundred, and has begun freelance editing.
One day, she sat down at her computer, opened a document, and began writing again. Today, her stories are laced with her personal experiences throughout her life.
Master’s Plaything short stories and upcoming novels under Master’s Playroom embody experiences with her Dom, and their combined creativity from their fantasies and conversations.

About the Series: Master's Plaything 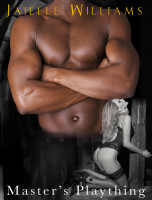 As a widowed white female, having never been with a black man in a relationship or sexually, the submissive in Master’s Plaything learns what’s missing in her life. Her education begins with her being daring enough to accept her black Dominant’s collar in the alternative lifestyle he lives. Her Dom pushes her out of her comfort zones, culminating in changing her perception of erogenous situations, and her desires. Through his tutelage, she questions how she can give every part of herself to him while keeping a portion of herself from him. As she leaves her secure place of being his submissive and travels the road to becoming his slave, she soon understands she cannot. And the more he reveals what he has to offer her, she finds she doesn’t want to, and finally accepts her desires and agrees to give up all control to her powerful black Master. 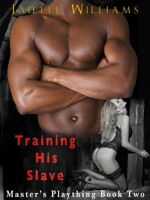 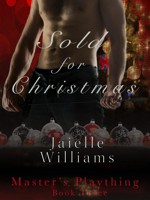 You have subscribed to Smashwords Alerts new release notifications for Jaielle Williams.

You have been added to Jaielle Williams's favorite list.

You can also sign-up to receive email notifications whenever Jaielle Williams releases a new book.