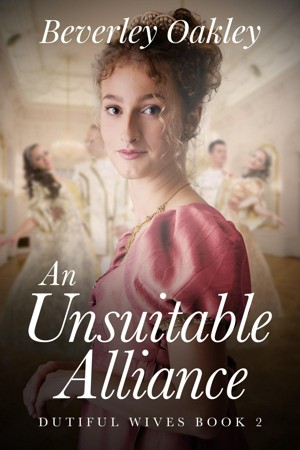 Three years after her dutifully contracted marriage, Adelaide, Lady Leeson, has fallen in love with her husband.

Desperately, unequivocally, and madly in love with the good, honest man who rescued her when she was at her lowest ebb.

The problem is that Tristan, Lord Leeson, thinks she is indeed a little mad—though he cares deeply for her.

And Adelaide’s mother will do whatever she can to enforce the fiction that her daughter has led a blameless past and that her psychological distress is based on events far more innocent than the truth.

However, when Adelaide's past lover returns to England, now a celebrity due to his salacious poems, all of society wants to discover the identity of his muse.

Now Adelaide must double down on her mother's lies.

For if Tristan were to learn the truth, how could he love her?

Beverley Oakley is an Australian author who grew up in the African mountain kingdom of Lesotho, married a Norwegian bush pilot she met in Botswana’s Okavango Delta, and started writing historical romances to amuse herself in the 12 countries she’s lived as a ‘trailing spouse’ (in between working as an airborne geophysical survey operator, a teacher of English as a Second Language, and writing for her former newspaper).

Her Scandalous Miss Brightwell series was nominated Best Historical Romance by the Australian Romance Readers Association. She is also the author of the popular Daughters of Sin series, a Regency-era ‘Dynasty-style’ family saga laced with intrigue.

Under her real name Beverley Eikli, she writes Africa-set romantic suspense and psychological historical romances. The Reluctant Bride won Choc-Lit’s Search for an Australian Star competition and her Regency tale of redemption The Maid of Milan was shortlisted in the Top Ten Reads of 2014 at the UK Festival of Romance. 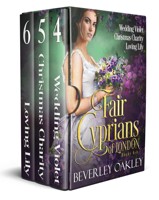 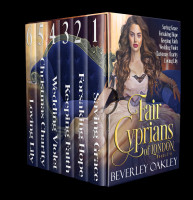 Reviews of An Unsuitable Alliance by Beverley Oakley

You have subscribed to Smashwords Alerts new release notifications for Beverley Oakley.

You have been added to Beverley Oakley's favorite list.

You can also sign-up to receive email notifications whenever Beverley Oakley releases a new book.